Wizards of the Coast Reveal Their 2022 Plans for Magic: The Gathering

MAGIC Showcase 2021 was held overnight, revealing a plethora of plans for the Magic: The Gathering franchise for next year. Everything from new sets, a Netlix series, a novel and a bundle of collaborations were announced by Wizards of the Coast during the annual event. 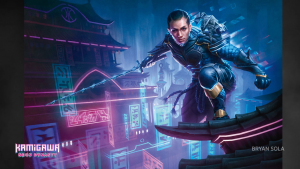 New sets for each quarter of 2022 were unveiled as well as four supplemental sets. The main sets in order of release are Kamigawa: Neon Dynasty, Streets of New Capenna, Dominaria United and The Brothers’ War. Kamigawa: Neon Dynasty is set 2,000 years in the future in the classic Magic plane of Kamigawa. It’s crime family vs. crime family in Streets of New Capenna, where you’ll play as one of five crime families who vie for power over the city. Dominaria United will take players back to 1992 where it all started on the planes of Dominaria, while The Brothers War will tell the most important story in MTG history. The supplemental sets revealed unclude Commander Legends: Battle for Baldur’s Gate, Jumpstart 2022, Double Masters 2022 and Unfinity.

New cards will also be launched through Magic: The Gathering’s Secret Lair Drop series, featuring cards from other pop culture franchises. Collaborating with Fortnite and Street Fighter, Wizards of the Coast have produced cards that feature iconic settings and moves from both games. Secret Lair x Street Fighter for example will feature Chun-Li and her signature Multikick move. Fortnite will have two Secret Lair drops during 2022 while Street Fighter will get one.

Many more Magic: The Gathering stories are set to be told next year, not only within the game itself but also through a new novel and an animated series. The Magic: The Gathering animated series will premiere on Netflix in 2022, featuring the voice of Brandon Routh as a heroic Planeswalker named Gideon Jura. The Netflix series will also be teamed with a novel written by Django Wexler with both launch at the same time. 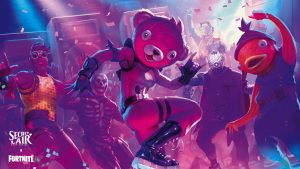 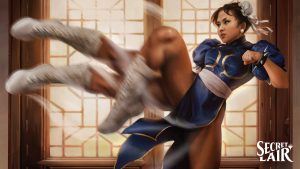