Dungeons & Dragons publishers Wizards Of The Coast (WOTC) have just unveiled some of their plans for the world’s most popular fantasy TTRPG via a Wizards Presents livestream, with everything from core rulebook updates to new settings and more on the table.

BIG things are coming to TTRPG Dungeons & Dragons over the next year and beyond.

Publishers Wizards Of The Coast (WOTC) have just unveiled some of their plans for the world’s most popular fantasy TTRPG via a Wizards Presents livestream, with everything from core rulebook updates to new settings and more on the table. 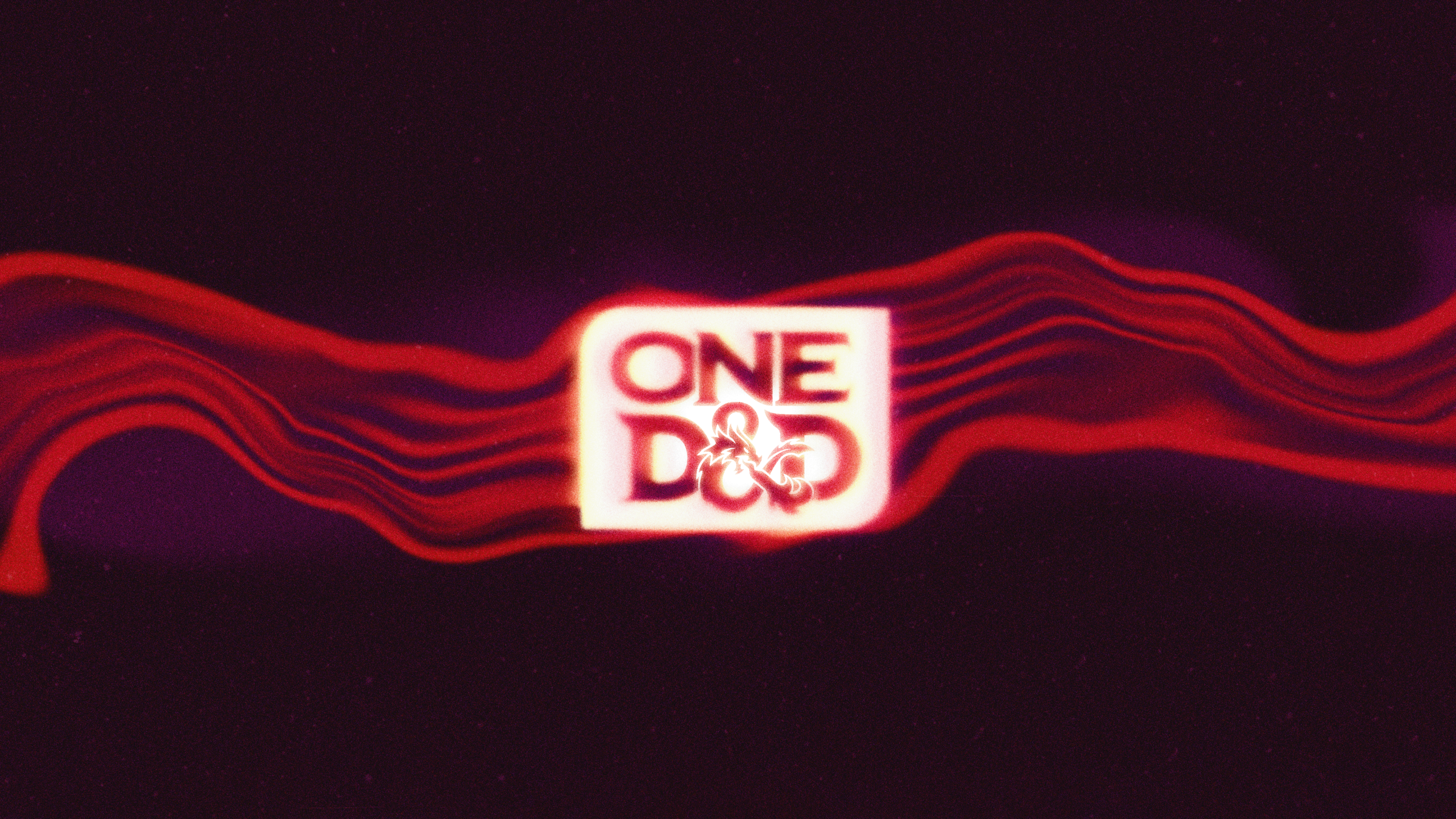 The most significant announcement is that One D&D playtesting has now begun. WOTC describe One D&D as “the codename for the next generation of Dungeons & Dragons that brings together updated rules, backwards compatible with 5th Edition”.

They further go on to say to describe it as “the platform for your D&D experience, [including] an early‐in‐development D&D digital play experience that will offer players and Dungeon Masters full immersion and rich 3D creation tools.”

From what I can gather, mechanically One D&D is more or less unchanged from 5e, but there are expanded roleplaying opportunities including more race subdivisions (eg different types of tiefling), and the Dungeon Master’s Guide, Player’s Handbook and Monstrous Manual will be reorganised and updated as well. WOTC did confirm the 5e versions would continue to be compatible, which will be a relief to dungeoneers on a budget.

The 3D miniatures aspect looked very cool too – not a video game per se, but a visual digital representation of a dungeon with miniatures (fully customisable, from the looks of it) which could be called up on a tablet or PC and moved around/manipulated etc on screen to help add to the experience.

Public playtests for One D&D are available for signup now on DnDBeyond.com.

One of the OG D&D settings, Dragonlance, is set for a return in December with Shadow Of The Dragon Queen. Set in the world of Krynn and featuring an epic war as a backdrop.,

As well as the sourcebook, there will also be a board game called Dragonlance: Warriors of Krynn which will let players get involved in a large-scale battle and help decide memorable events of the wider conflict.

Interestingly, the two products will be optionally connected, allowing players to play both together to tell a single campaign story between the TTRPG and board game.

The sourcebook is expected to launch on December 6, while those with D&D Beyond accounts can pre-order the sourcebook now via dndstore.wizards.com and get access to Shadow Of The Dragon Queen on D&D Beyond from November 22.

A Deluxe Edition featuring the sourcebook, board game, and DM screen to be available from February 28, 2023. 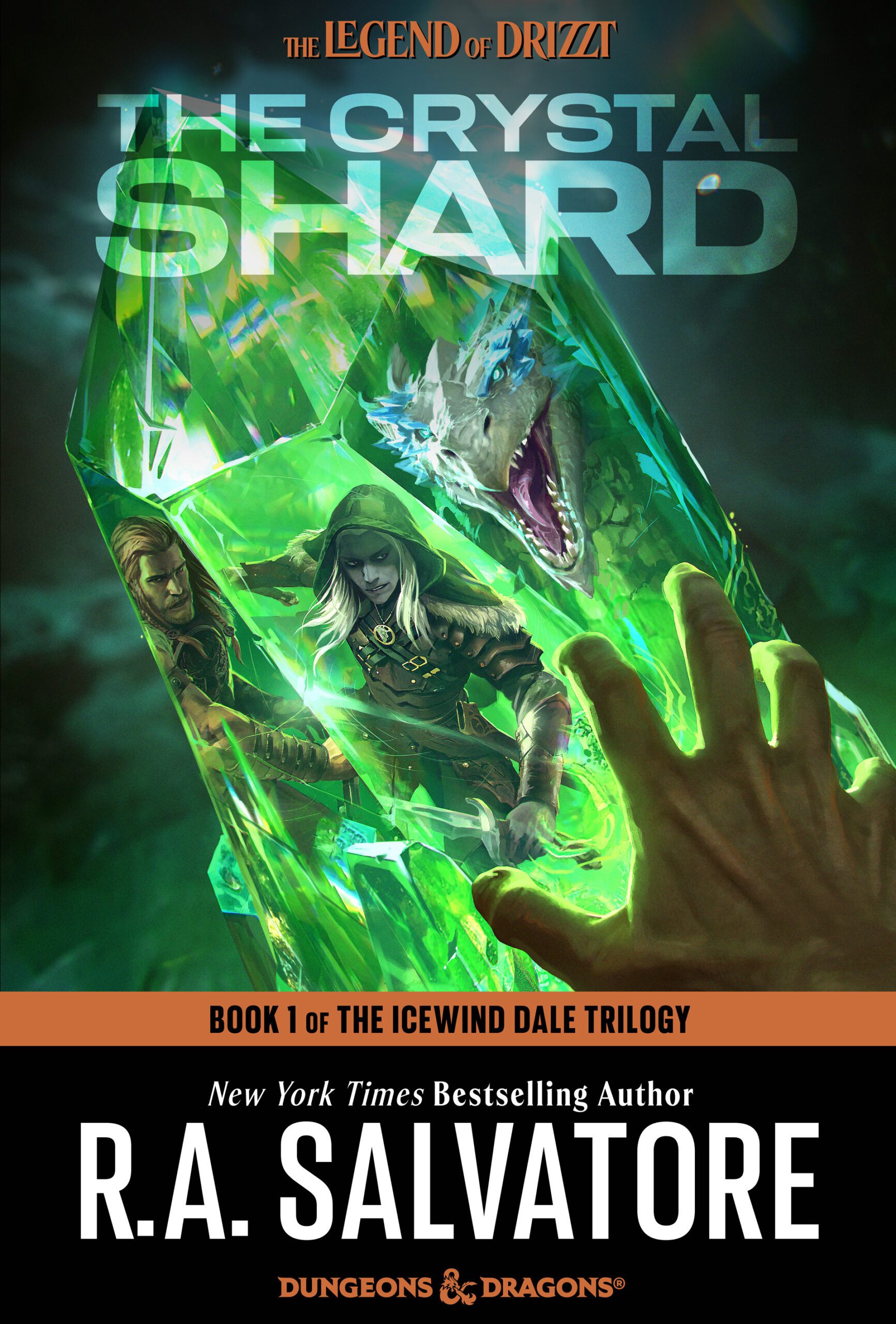 Originally created by novelist RA Salvatore, Drizzt Do’Urden is one of the most famous characters from the Forgotten Realms setting and WOTC are marking the 35th anniversary of the character’s first appearance.

All of RA Salvatore’s Legend of Drizzt novels will be getting new covers, while a The Legend of Drizzt Visual Dictionary will chronicle “lore, creatures, weapons, enemies, and allies in one tome perfect for gift‐giving season”, according to the official announcement.

It goes on to state that as part of a way to take the Legend in new directions, a Drizzt Family webcomic will debut featuring Brie, the tween daughter of Drizzt and Cattie‐Brie, “‘borrowing’ her father’s sword Twinkle to prove she is a heroic force just like her forebears”. 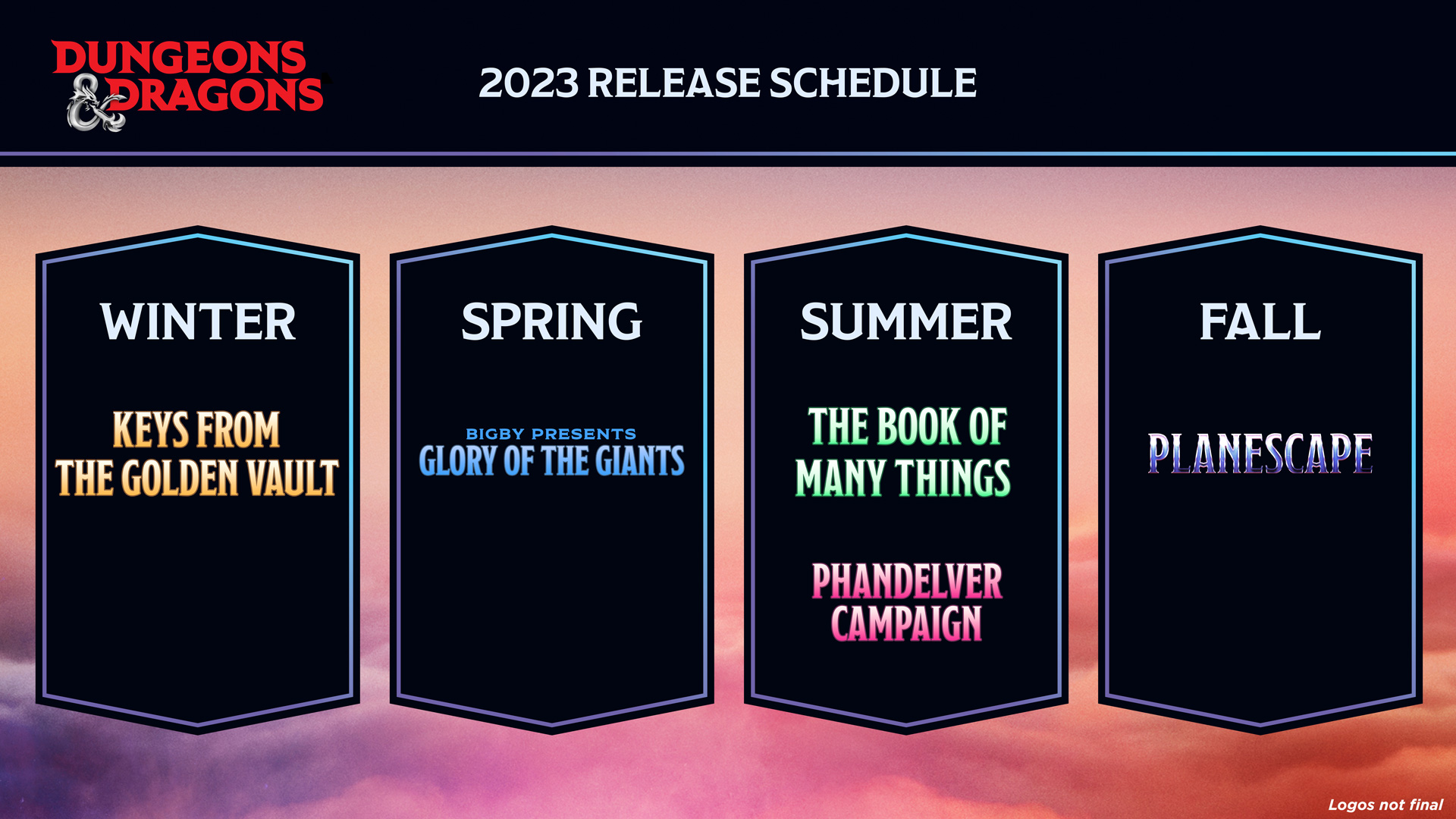 Q1 2023 – Keys from the Golden Vault
Ocean’s Eleven meets D&D in this book of short adventures revolving
around heists.

Q2 2023 – Bigby Presents: Glory of the Giants
A companion to last year’s Fizban’s Treasury of Dragons focused on giants.

Q3 2023 – “Phandelver Campaign”
Expands the classic Lost Mine of Phandelver into a full campaign tinged with
cosmic horror.

Q4 2023 – “Planescape”
The legendary setting returns! Like Spelljammer: Adventure in Space, fans
can explore Sigil, City of Doors, with a setting guide, a bestiary, and an
adventure in one package.