World Of Tanks ANZBL Season 3 Playoffs Week 3. The Grand Final. A chance for either the Cairns Comets or the Bundaberg Badgers to be crowned Season 3 champions and secure their place in the ANZPL. Who would emerge victorious? Read on to find out!

There were no more chances for these teams. No leaving strategies in reserve. The Comets and the Badgers would need to bring their A game. 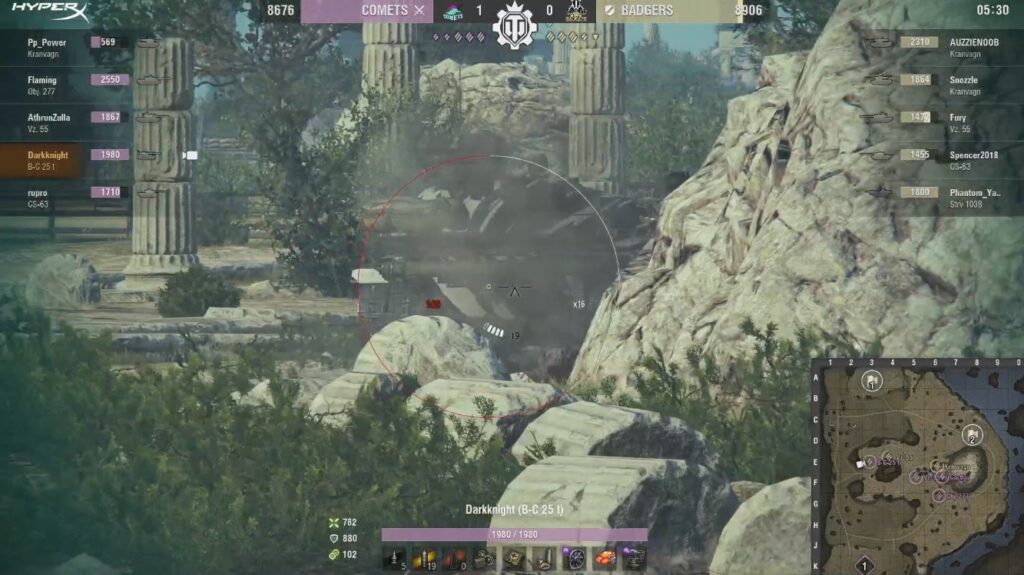 The Grand Final action kicked off with Badgers on attack of their Cliff map pick and The Comets charged out like a bull at the gates. They took control around the donut at F3 and were able to put some shots into the Badgers early. With a CS-63 onto the top of the hill the Badgers were looking for vision but were unable to take much map control thanks to the Comets positioning. Moving two of their tanks to F2, the Badgers prepared to strike with just over two minutes on the clock. They were joined by two of their Kranvagns as they pushed toward the donut. Bleeding HP early came back to haunt them when the Comets calimed two kills while only losing one of their own. With the Badgers clipped out and reloading, the Comets mopped up the rest of the opponents and took an early lead.

Both teams sent CS-63s to the hill but chose not to climb all the way lest they be farmed for damaged. The action settled around the base of the hill and the Badgers were able to get a Vz 55 to the donut uncontested. Dark Knight from the Comets rotated to the donut and was able to get shots onto Badgers’ Fury, forcing him into the open. In addition to controling the donut, this allowed Dark Knight to work the angles and fire onto the rest of the Badgers while also creating a crossfire. The Comets took a 5v2 tank advantage which meant it was only a matter of time before the Comets took down the rest of the Badgers and took a 2-0 lead on their opponent’s map choice. 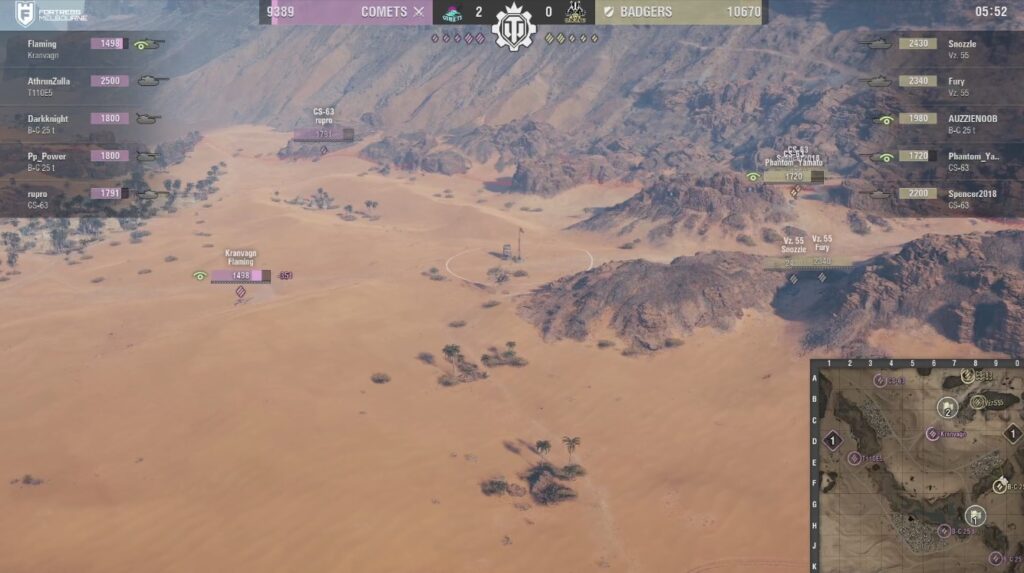 The Badgers started the return leg by pushing hard towards the 2 flag with their cross however they bled some early damage to their Vz 55s. The Badgers were looking to isolate the Comets’ Rupro but their opponents’ defensive setup wouldn’t allow it. They snuck a tank onto the 1 flag but an easy rotate from Dark Knight forced them back. Having divided the Comets’ attention the Badgers’ double Vz 55s forced a fight. They took a 4v3 tank advantage but facing a much healthier Comets line up. The Comets used that HP advantage to win their Sand River defence bringing them one step closer to ultimate victory. 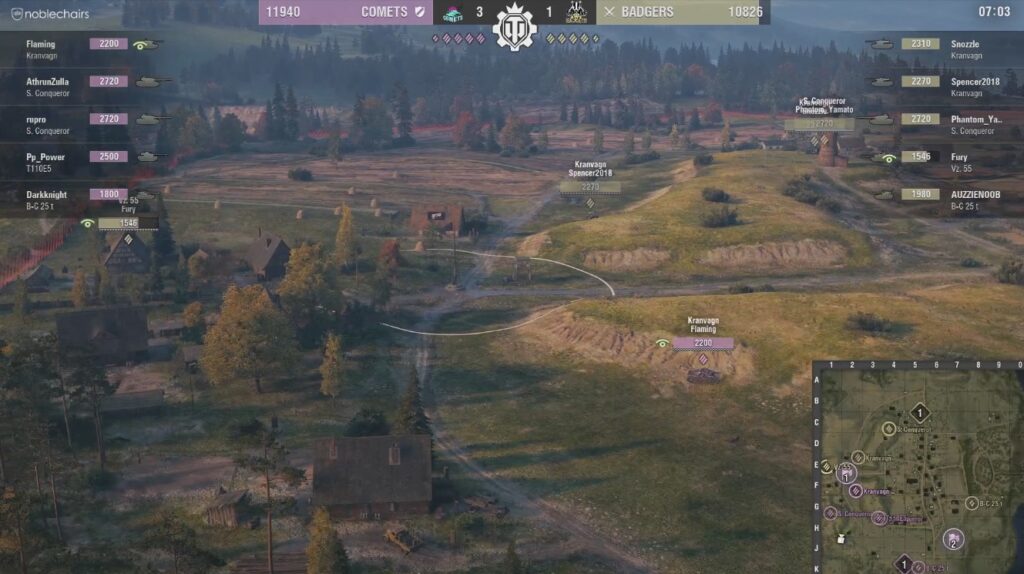 The Comets were now only one win away from being ANZBL Season 3 champions while the Badgers needed a win to stay in the fight. Historically the defensive side of Murovanka is the easier side so the Badgers had their work cut out for them. Moving toward the 1 flag, Badgers’ Fury lost a chunk of health while the Comets took up standard defensive positions. The Badgers eventually started the double cap trying to draw the Comets in. The Comets did come in and got the reset, while also getting a kill. Abandoning the capture, the Badgers dumped onto Flaming but he had the support of his team. The Comets’ focus fire was too much for the Badgers though, and the Comets take the win.

Congratulations to the Cairns Comets who beat the Bundaberg Badgers 4-1 making them the champions of ANZBL Season 3 and secure promotion to the ANZPL.

Season 3 of the ANZBL is over but there is still more tanking to be had. Tune in to https://twitch.tv/worldoftanksanz from 7:30pm AEST Friday 25th June for the ANZPL Grand Final live from Fortress Melbourne. Tickets are available for those that want to attend in person.