World Of Tanks ANZBL Season 4 Consolidation Final has been decided. Who made the Grand Final? Read on to find out!

The Fireflies were looking to bounce back from their loss last week and book themselves a spot in the Grand Final. In their way was Season 3 runners up the Badgers, hungry to go one better. 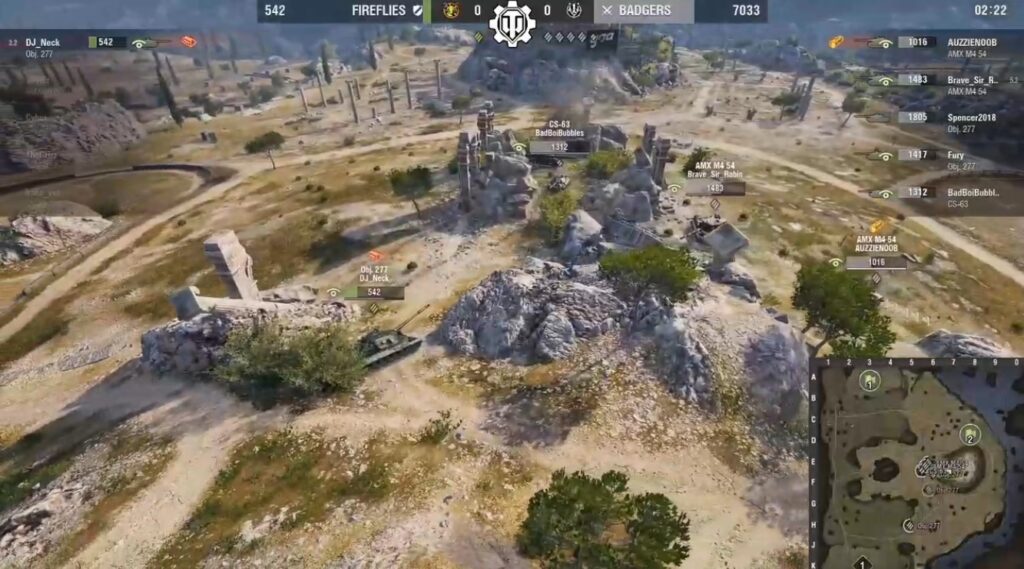 The Badgers started on attack of their map pick. They pushed to F2 and caught the Fireflies’ Grizz on his own. His team were setting up on the hill expecting the Badgers to head there as well. BadBoiBubbles from the Badgers found shots onto TheGrizz, who had nowhere to go without being farmed. He went down giving the Badgers an early tank advantage. The Fireflies needed to find a way into this match, but it was the Badgers making all the moves. They isolated MrRez at D5, removing him. From there the Badgers held W and pushed onto the rest of the Fireflies, taking the opening win.

The Fireflies started their attack with TheGrizz getting farmed in the same F3 position as the last match. Once again on his own it didn’t take long for the Badgers to finish him off while also finding shots onto other Fireflies’ tanks. Firmly in control, the Badgers set up around the donut and sent BadBoiBubbles deep to K3. Rupro from the Fireflies pushed to the donut but didn’t have the support of his team. The Fireflies removed Auzzienoob from the game, but the Badgers traded back removing Rupro. Falling like dominos the Fireflies went down as the Badgers took an early 2-0 lead. 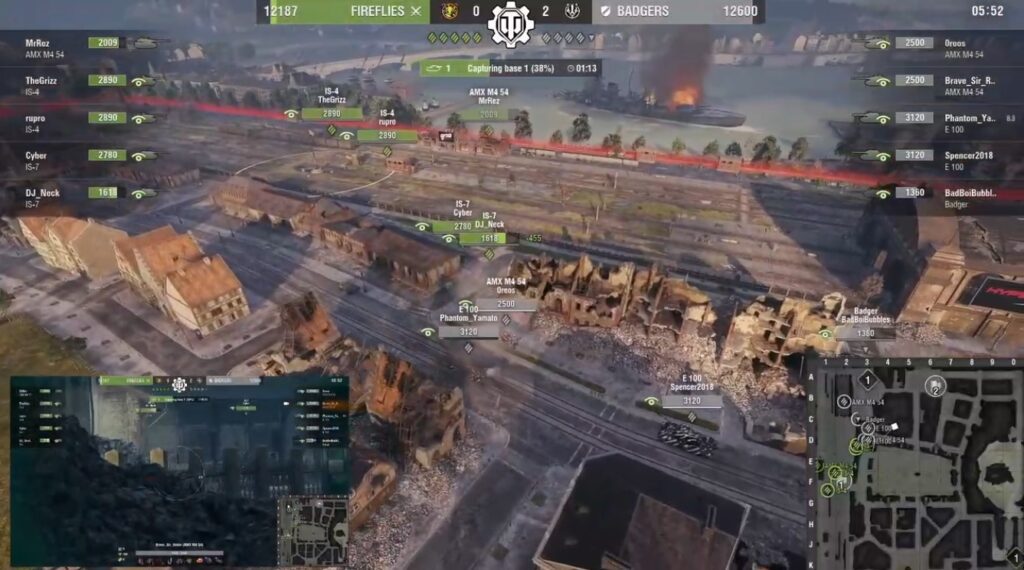 Moving to their map pick, the Fireflies were desperate for a win. They grouped up and ran the K line towards the 1 flag. Luck was with them as the Badgers didn’t have any vision on the 1 flag and had set up for a 2 flag defence. They started the cap as DJ_Neck and Cyber pushed very far north. DJ_Neck was lucky to get out alive. The Fireflies retreated but the Badgers were pushing now. DJ_Neck went down as Spencer2018 from the Badgers found the rest. They came off the cap looking for a pick, bringing it back to a 3v3. The Badgers had the healthier tanks and outlasted their opponents in the brawl taking the win.

Only one win away from their second grand final appearance in only their second season, the Badgers grouped at H8 at the base of the banana. The Fireflies took an aggressive 1 flag defence with only two tanks in a position to rotate to the 2 flag if required. Shots were traded around the courtyard as the Badgers pushed three tanks along the J line and two long the D line. They found themselves in a crossfire as Phantom_Yamato went down. The Fireflies took a 5v1 tank advantage with great focus fire to quickly take a much-needed win. 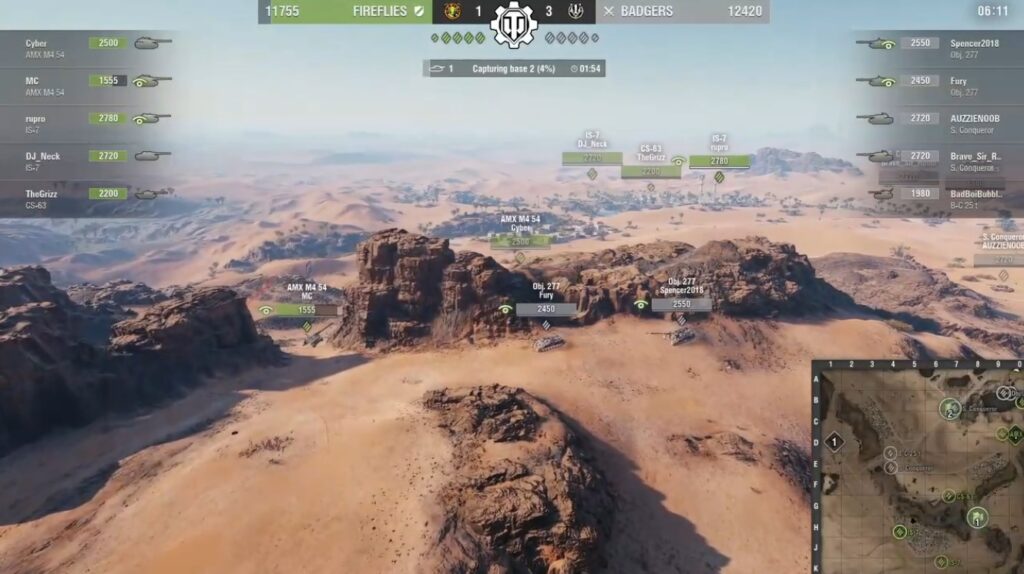 The Badgers defeat the Fireflies 4-1 and secure their spot in the Grand Final. 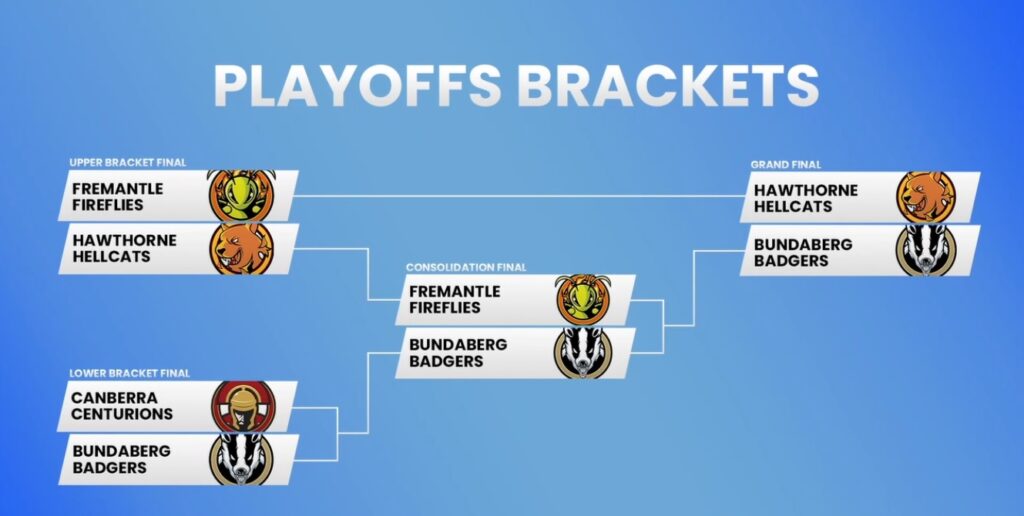 It all comes down to this. Hawthorn Hellcats. Bundaberg Badgers. Two teams fighting for the ANZBL championship. Tune in from 8pm AEDT Friday 11th November at https://twitch.tv/worldoftanksanz for the ANZPL Consolidation Final and the ANZBL Grand Final!