World Of Tanks ANZBL Season 4 Grand Final champion has been crowned! How did it all go down? Read on to find out!

The Fireflies were looking to bounce back from their loss last week and booked themselves a spot in the Grand Final. In their way was Season 3 runners up the Badgers, hungry to go one better. 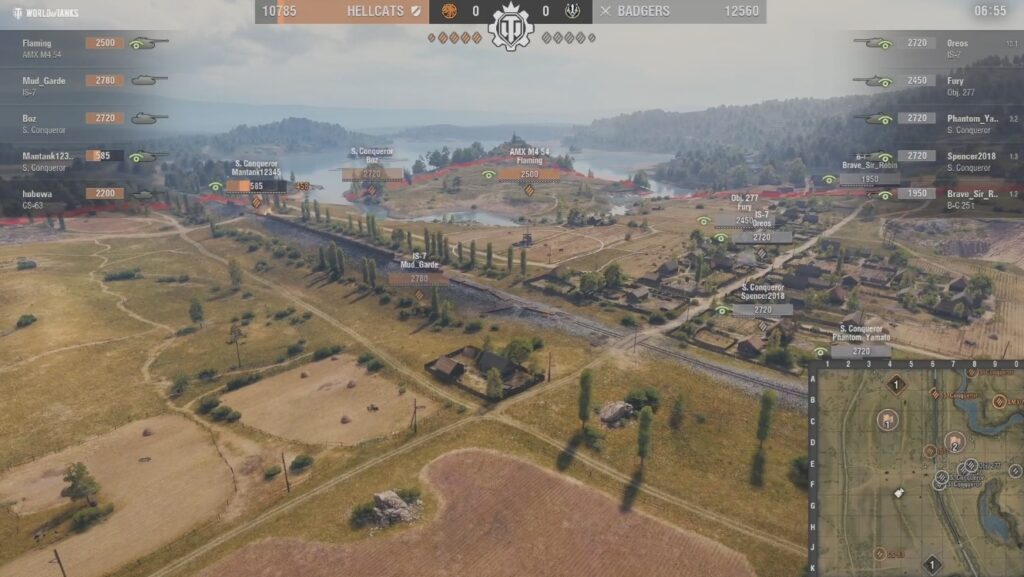 The Hellcats started on defence of their map pick. They dug in for a 2 flag defence while sending Hubewa to the south west for scouting. The Badgers had moved quickly towards the 2 flag and absolutely deleted Mantank12345. They then identified Mud_Garde isolated on the other side of the train line as the next target. He was lucky to get away but handed the Badgers total control of the east of the map. Hubewa put some good damage into Brave_Sir_Robin but eventually went down. The Badgers started the cap forcing the Hellcats to make a move. Mud_Garde was forced to push over the train line into enemy fire. He went down before he could get the rest as the Badgers took the opening match.

The Badgers moved to defence on their return leg. They set up on the western side of the train line with a tank on the hill at H0. Meanwhile the Hellcats pushed the 2 line but were spotted. With this information the Badgers rotated to defend the 1 flag. Mud_Garde pushed towards the cap but Spencer2018 was there as a deterrent. Mud_Garde was joined by Flaming as they took down Spencer 2018. Another engagement saw Mantank12345 go down but the Hellcats won the 3v4 fight to level the series. 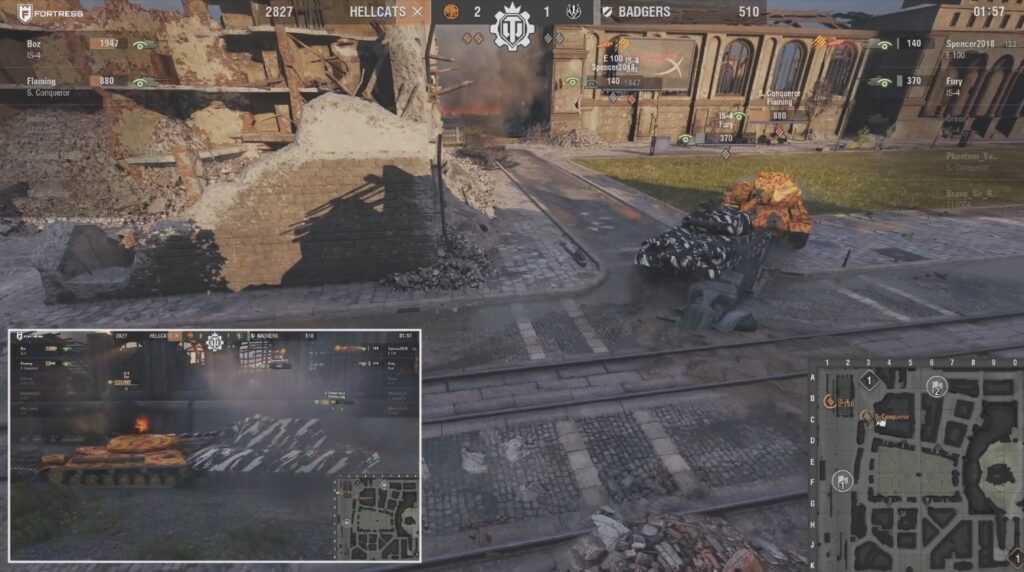 The Badgers chose Himmelsdorf as their map pick. Its tight corridors suited their play style. They started on attack, moving through the south. For their defence the Hellcats had set up near the 1 flag with a tank spotting the 2 flag. When they spotted the Badgers advance they rotated to the 1 flag. The Badgers found their way onto the cap and waited for the Hellcats to make their move. Boz from the Hellcats crossed the courtyard to help Mud_Garde on the G line. The reset came in to relieve the pressure on the Hellcats as the Badgers persisted with the cap. Boz took down Oreos as Flaming from the Badgers pushed in on them and died. Now two tanks down the resets were coming in easy for the Hellcats. Spencer2018 went down on the cap as the rest of the Badgers fell giving the Hellcats the win.

Now a game up the Hellcats moved to attack on the return leg. They groups at the foot of the banana as Flaming climbed the hill to scout. He spotted the Badgers defence in the north west so the Hellcats rotated towards the 1 flag. Brave_Sir_Robin was watching that angle and spotted this push. The Hellcats put Mantank12345 on the cap as they pushed forward onto Brave_Sir_Robin. He went down but Mud_Garde followed quickly. Another one-for-one trade saw a 3v3 but Flaming had arrived from the hill. Spencer2018 was traded for Hubewa but that left Fury from the Badgers in a 2v1 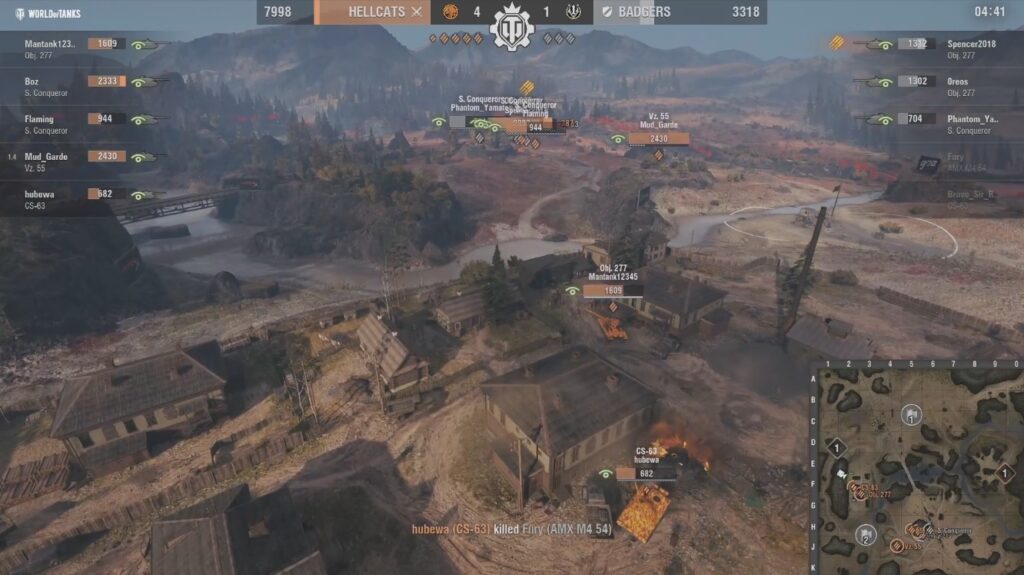 The Badgers were desperate for a win heading into Tundra. They started on attack and send Phantom_Yamato to the north for scouting as the rest of their tanks committed to the south. They put two tanks on the 2 flag and forced the rotation from the Hellcats. Hubewa found himself in a 1v3 and lasted long enough to draw the Badgers into a crossfire. He was traded for Phantom_Yamato. The Hellcats held W and also took down Spencer2018 and Fury. The dominoes continued to fall as the Hellcats took the win.

Now one with away from the Season 4 championship, the Hellcats could smell the trophy. They moved to attack as Hubewa pushed aggressively to A3. Spotting the tanks they he pulled back and moved to the south. The Badgers had spread their defence with two tanks at A3, two watching the 2 flag and one in the middle. They isolated Brave_Sir_Robin and removed him as they started the cap. The Badgers rotated over the bridge trying to dig out the Hellcats. Flaming went down in a two-for-one trade in favour of the Hellcats. They held W and went next as the Badgers fell and the Hellcats took the win.

Coming last in Season3, the Hellcats romped home to become the Season 4 champions, defeating the Badgers 5-1.

Hubewa (285.2) and Mud_Garde (245.5) from the Hellcats scored more that some members of the Fantasy Team Of The Week but due to Fantasy League rules could not be included.

Since only two players from each team can be on the Fantasy Team Of The Week, there were only four players eligible.

ANZBL Season 4 is over but there’s still more tanks action! Catch the ANZPL Grand Final live at Fortress Melbourne on Saturday the 26th November. Tickets are available now in both free and paid forms. Grab them now!