World Of Tanks ANZBL Season 4 Playoffs Week 1 has seen a team make it through to the grand final and another team knocked out. Let’s see how the games played out!

Newcomers the Fireflies took on the only team to beat them this season in the Hellcats to kick off the first week of Season 4 playoffs. The much-improved Hellcats were keen to get the win and secure that Grand Final spot. 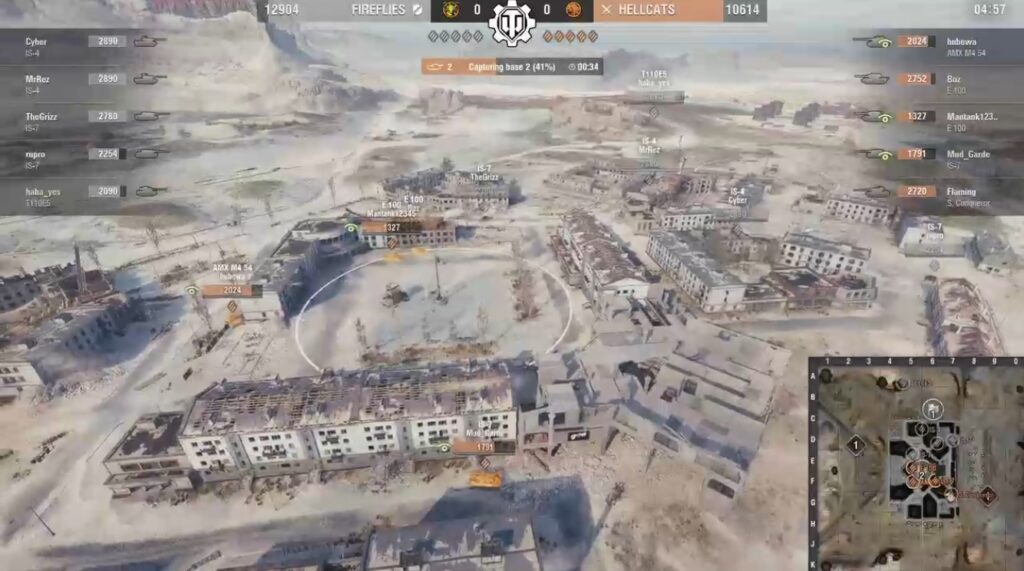 The Hellcats started on defence of their map pick. They set up to defend the 1 flag. That turned out to be a good choice as the Fireflies pushed the 7 line. Seeing the Hellcats’ defensive setup, the Fireflies slowly pulled their five heavy tanks back. Moving into the town they put two tanks on the 2 flag. The Hellcats rotated in and got the reset. With the HP advantage the Hellcats looked to have the edge over their opponents. But when Hubewa from the Hellcats was removed first it was all downhill for them. The Fireflies get the first win in the Season 4 playoffs. 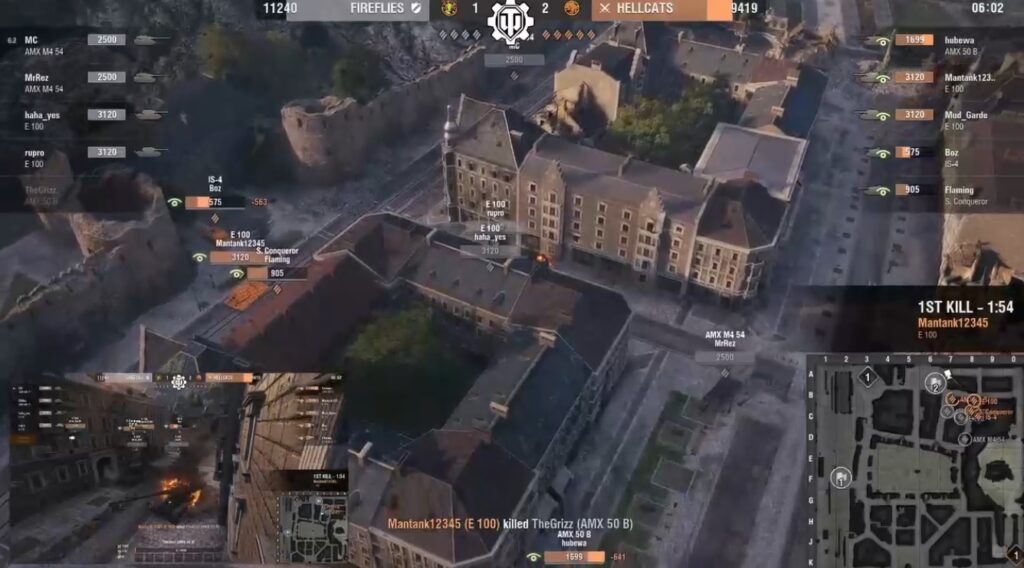 In a mirror of the last game the Hellcats started their attack pushing up the 0 line as the Fireflies set up on the 2 flag. The Hellcats found TheGrizz and removed him as the Fireflies traded back. Taking the 2v3 tank advantage the Fireflies were looking good in a very fast paced match. They mopped up the remaining Hellcats tanks and once again levelled the series. 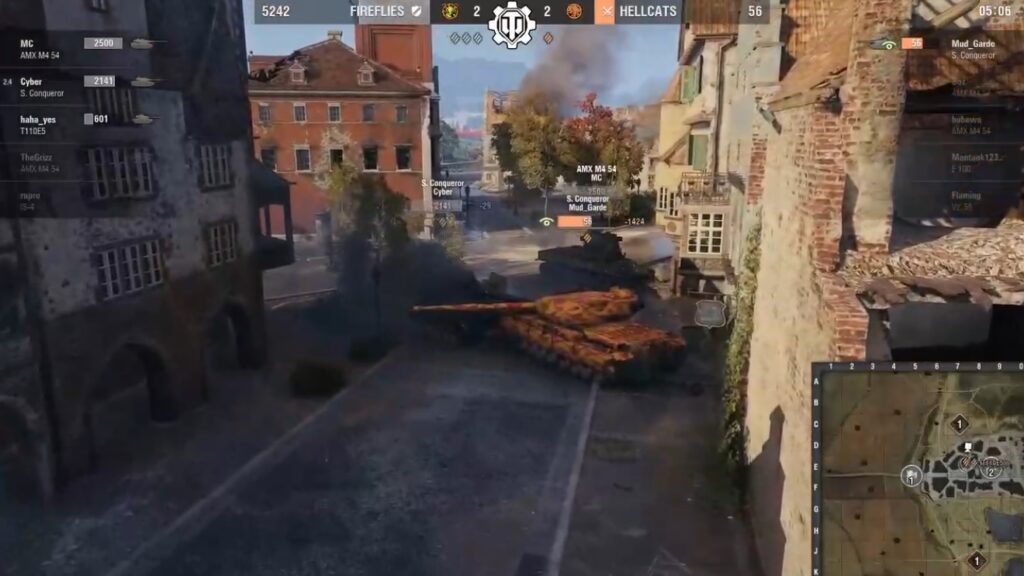 In another mirror the Fireflies pushed three tanks down the 0 line and sent two tanks to the 2 flag. They resisted the urge to push all the way down the 0 line and took positions to defend the cap. Rotating one tank to the south, the Hellcats looked to move in. In a slower, more measured play, the Hellcats found the reset onto Rupro. The Fireflies found a 3v2 overmatch but missed shots meant it took longer to take down even one tank. It came down to a 3v3 with the pressure on both sides immense. Eventually the Hellcats found the picks to send this playoffs match to a tie breaker. 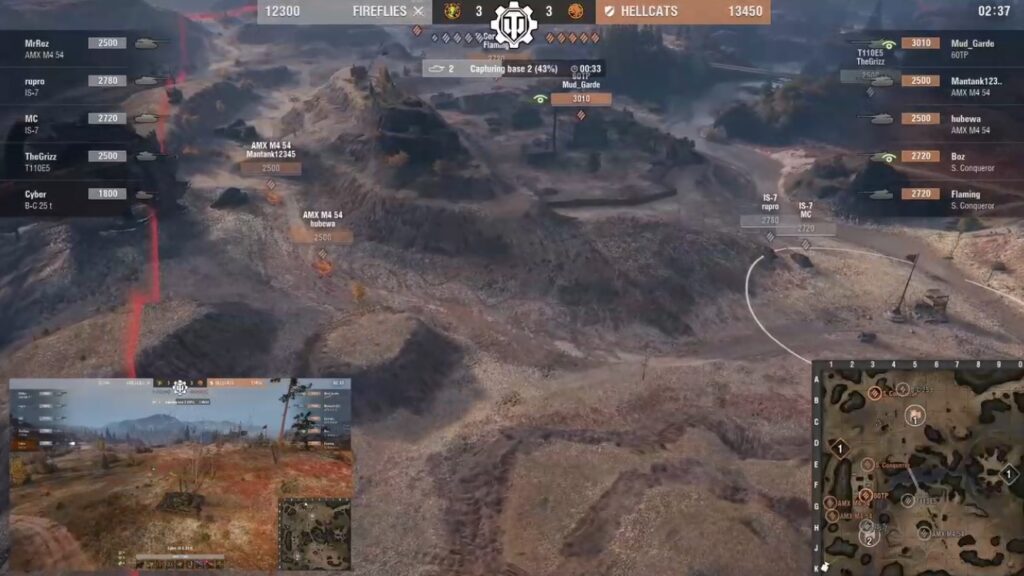 With the better attacking win, the Hellcats picked defence for the tie breaker map. Looking to punish any 2 flag plays the Hellcats set up with three tanks looking in that direction. They rotated a tank to the north searching for information. The Fireflies poked at the 1 flag but opted to push onto the 2 flag instead. Thinking they had enough information they stopped the cap and pushed onto Mud_Garde. The Hellcats closed a net around the two Fireflies tanks. Kills were traded as Cyber from the Fireflies charged in to remove Mantank12345. He unloaded his clip and gave his team the 4v2 advantage. Boz from the Hellcats realised that and ran for the hills as his last teammate went down. With not much time left Boz got the timed win for his team and sent the Hellcats to the Grand Final!

The Hellcats defeat the Fireflies 4-3.

In a replay of their Round 5 match Season 4 runners up the Badgers took on the Centurions. But this was playoffs. Here, anything could happen! 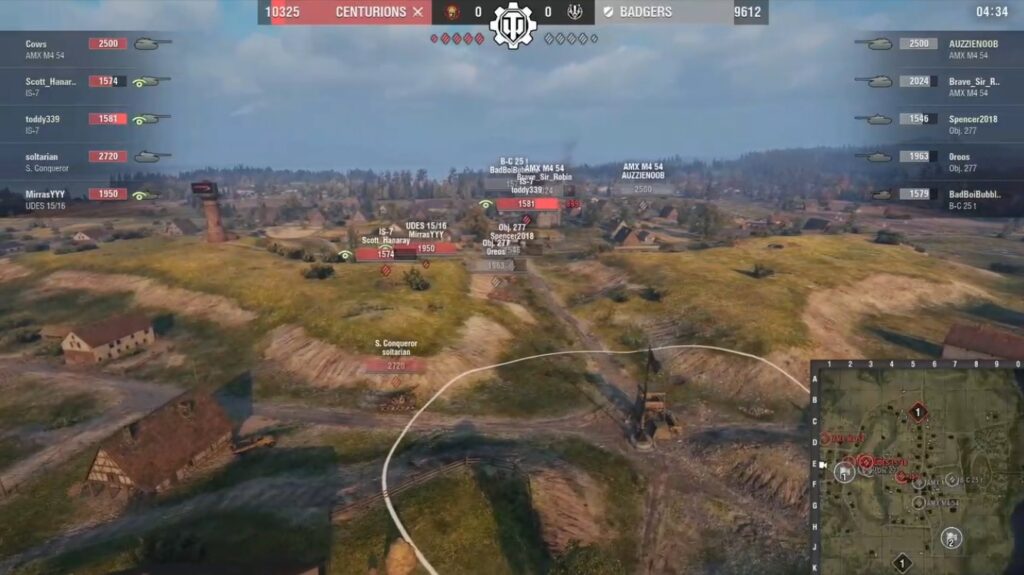 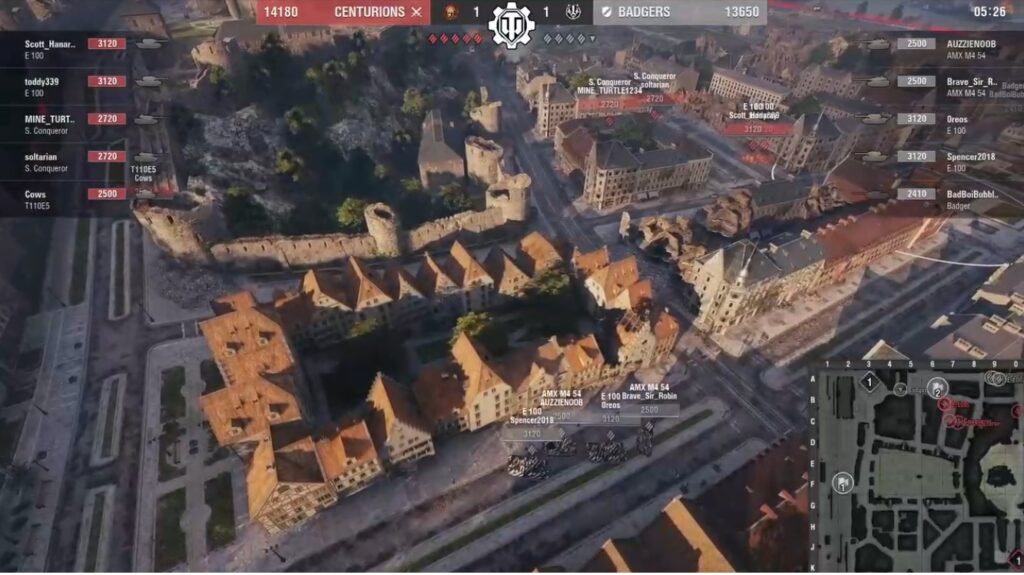 Moving to the Badgers’ map pick they brought their namesake tank to the fight. They put BadBoiBubbles at C3 as the rest of the team grouped up at A9. The Centurions put one on the hill and grouped at H8, waiting for the go signal. They pushed the banana and were lucky when they turned early. Cows was not so lucky as the Badgers rounded the corner at A0 and found him on his own. The Centurions tried to rotate to help him but it was too late. Rolling in numbers the Badgers knocked the Centurions over like dominos.

The return leg saw the Badgers move to attack. They ran the K line towards the 1 flag. The Centurions confined their defence to the north west of the map and were in position as the Badgers turned up the 1 line. Brave_Sir_Robin from the Badgers started the cap as his teammates provided cover fire. The reset came in but the bleed damage the Centurions were suffering had them down in HP. BadBoiBubbles came down off the hill and made it a 5v4 match. His teammates committed to the three thank cap and got the win, putting them 1 win away from progressing further in playoffs. 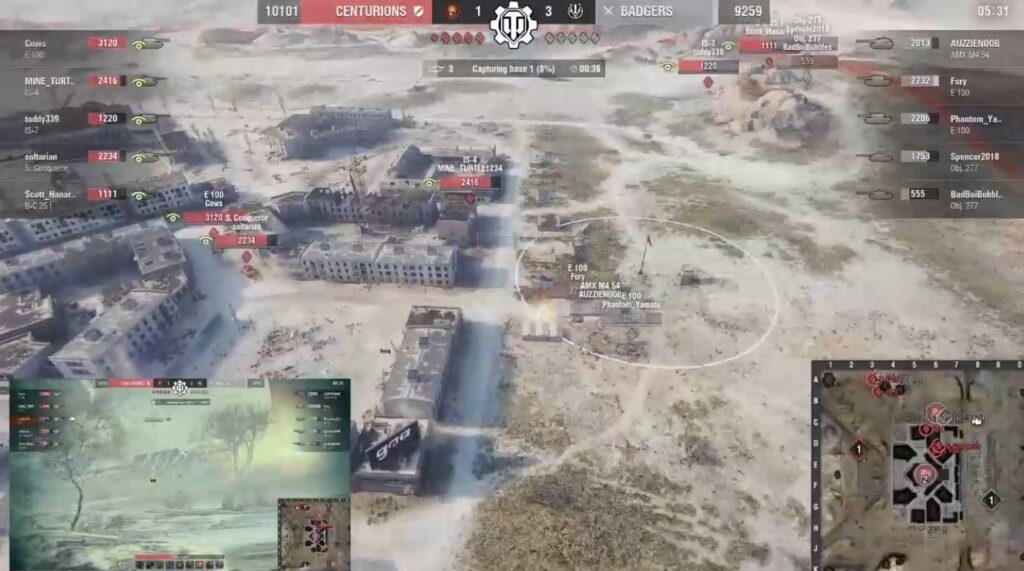 The Centurions were fighting for their lives on defence of Ghost Town. They put three tanks at the north west of the town, with one at A4 and another scouting the western side. The Badgers found a 2v1 at A4 but good shots onto BadBoiBubbles meant he was effective in that fight. They started the three tank cap of the 1 flag. The timer almost ran down but Mine_Turtle1234 found the reset shot. Resets were coming thick and fast as Badgers abandoned the cap and pushed forward. The Centurions found the first kill as a 2v2 and a 2v3 battle broke out. They won the 2v2 as the other battle became a 2v1. With reinforcements on the way the Centurions struck back.

The Centurions shifted to attack and quickly moved towards the 1 flag. They cut through the north east of the town in a group of five. The Badgers stayed a bit back from the town in the north with the exception of BadBoiBubbles at K3. Mine_Turtle1234 and Toddy339 started the 2 flag cap but were unaware of BadBoiBubbles. He rotated in and got easy reset shots. The Centurions had left themselves vulnerable in their attacking positions though. A brawl erupted as the Badgers made the most of the bleed damage, allowing them to take the win.

The Badgers defeat the Centurions 4-2. 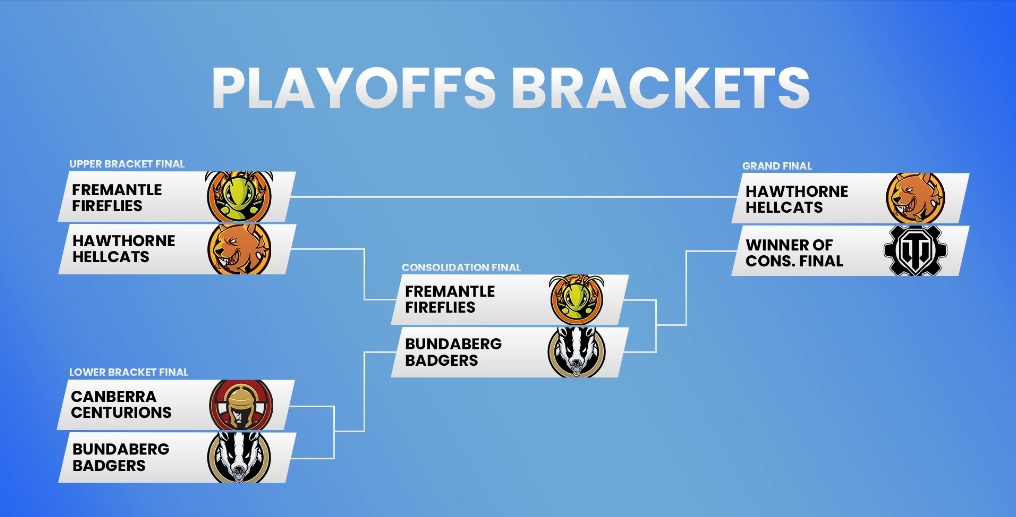 Next week sees the Fireflies taking on the Badgers in the Consolidation Final. The winner will meet the Hellcats in the ANZBL Season 4 Grand Final.

Tune in from 7pm AEDT Mondays at https://twitch.tv/worldoftanksanz for more tank action!