World Of Tanks ANZPL Season 2 gets to the pointy end this weekend with a live, in person event at Fortress Melbourne. After the thrill ride that was this season, with all teams a possibility of making the finals right up until the start of the last round, the North Sydney Sentinels and Brisbane Bulldogs will play off this Saturday competing for the $10,000 top prize.

The finals move to a best of seven format rather than the best of four we saw in the regular season. There’s no #Let’s 2-2 in finals! The first week of playoffs saw 1st placed Melbourne Matildas take on 4th placed Brisbane Bulldogs and the 2nd placed South Sydney Skorpions versing 3rd placed North Sydney Sentinels.

Matildas were coming off three very convincing wins in a row and Skorpions had come off two convincing wins of their own, including ANZPL Season 2’s only 4-0 win, making them the favourites to win their semi-finals, but Bulldogs and Sentinels weren’t going to go quietly.

Matildas and Bulldogs traded defensive wins through the first four matches of their semi-final, reinforcing the #Let’s 2-2 meme, but the Bulldogs were king on the map Cliff, taking the only attacking win in this series and sending the Bulldogs into the big dance at Fortress Melbourne.

Skorpions bolted out of the gates, taking an early 3-0 lead in the best of seven series, but Sentinels rallied, taking the next three games to draw level with a tense one on one in game six between JT (Skorpions) and Syndy (Sentinels), both only one hit away from death. Syndy managed to find an angle onto JT, sending the series into a tie breaker on the map Murovanka, the Sentinels prevailed on defence completing an epic comeback. They joined the Bulldogs in the grand final at Fortress Melbourne.

Week 2 of the finals saw an exhibition match between Wargaming staff and Community Contributors, affectionately known as Wee Gees versus Cee Cees, which the Cees Cees took 5 games to 2. The Matildas and Skorpions also played off for third and fourth place. Matildas took an early 2-0 lead with the Skorpions fighting back, but ultimately Matildas were too strong, taking a 4-1 series victory. Matildas finish 3rd with Skorpions placing 4th.

All eyes now turn to Fortress Melbourne this Saturday for the ANZPL Season 2 grand final between the Bulldogs (Season 1 minor premiers) and the Sentinels (champions of Season 1). Bulldogs had a rough start to Season 2 losing to the Sentinels early, but finished fairly strongly, while Sentinels had an average season but did enough to finish 3rd. Regardless of regular season performance, both teams produced gutsy displays in their semi finals matches, ensuring the grand final will be a spectacle to be remembered.

Tickets for the free live and in person ANZPL Season 2 grand final at Fortress Melbourne are available now with matches being broadcast live from 6pm AEST on http://twitch.tv/worldoftanksanz. 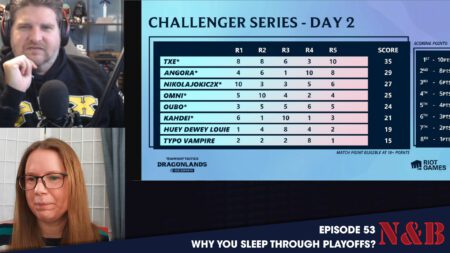