It’s time for the World Of Tanks ANZPL Season 4 Grand Final. The North Sydney Sentinels take on the South Sydney Skorpions to find out who will be the Season 4 champions live at Fortress Melbourne!

These two teams had met three times already in Season 4. In the double round robin the Sentinels picking up a tie breaker win and the Skorpions taking home an outright win. The most recent outing between them was the upper bracket final in week one of playoffs, which the Sentinels won 4-0. LAN experience would be key and the Sentinels had that having won the only other LAN grand final. The Skorpions have been a very consistent team since the inception of the ANZPL and will no doubt push the Sentinels to the edge. 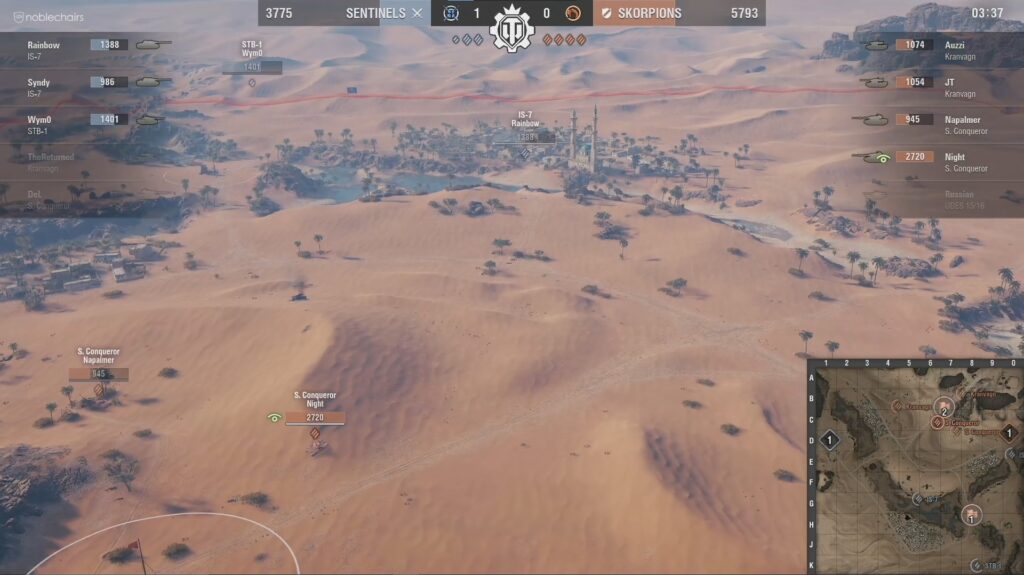 The Skorpions started the Grand Final on the attack of their map choice. They tried to find some early blind fire shots onto the Sentinels but there were no connections. Knowledge was on the side of the Skorpions, although being on attack would make this a hard task. The Skorpions moved Night and Napalmer along the A line but Night bled half his health. Napalmer looked for shots onto Wym0 in the IS-7 but had cover from TheReturned. Pusing over the ridge at C7 the Skorpions got the first kill. It was traded back with the Skorpions’ JT going down soon after. The Sentinels’ HP gave them the advantage though as they took the opening battle of the Grand Final.

Looking for a 1-1 on their map pick, the Skorpions moved to defence. The Sentinels sent TheReturned to the ridge at D6 while three of his teammates stayed grouped together. Wym0 pulled away to support TheReturned as Rainbow and Syndy isolated Russian near the 1 flag. The Skorpions took a 4v3 tank advantage, along with a 2.5k HP advantage. Their opponents weren’t out of this yet. The Sentinels got some bleed damage but time was against them. JT pushed onto Rainbow but was spotted out and got farmed. The Sentinels pushed onto the remaining Skorpions and go 2-0 up on their opponent’s map pick. 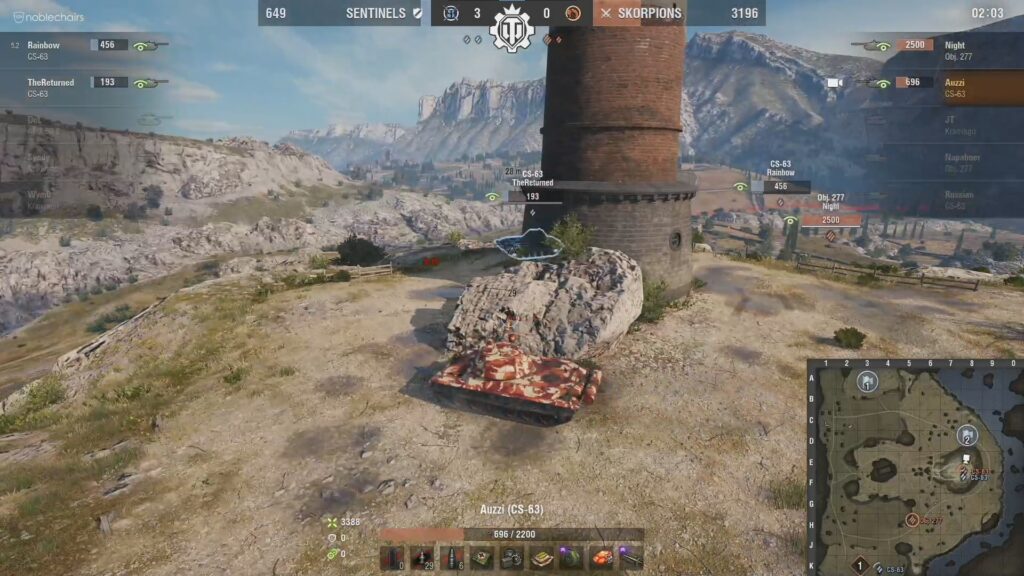 Desperately needing a win, the Skorpions rotated around the bottom on the hill and isolated TheReturned to get an early kill. Realising they had the over match the Sentinels dumped over the hill to get three kills themselves. At a 3v2 tank advantage the Sentinels were ahead, but the brawl was coming out fair even. The Sentinels’ came out on top and moved to championship point.

The Skorpions were desperately seeking a win to keep their championship hopes alive. They moved to the donut to create a crossfire for the Sentinels at the base of the hill. Both teams exchanged damage but it ended up fairly even. The Skorpions pushed over the hill and lost JT but their focus fire gave them a tank advantage. Being on the defence the Sentinels disengaged. The Skorpions’ Auzzie won a crucial battle against TheReturned as Night cleaned up Rainbow giving the Skorpions a much needed win. 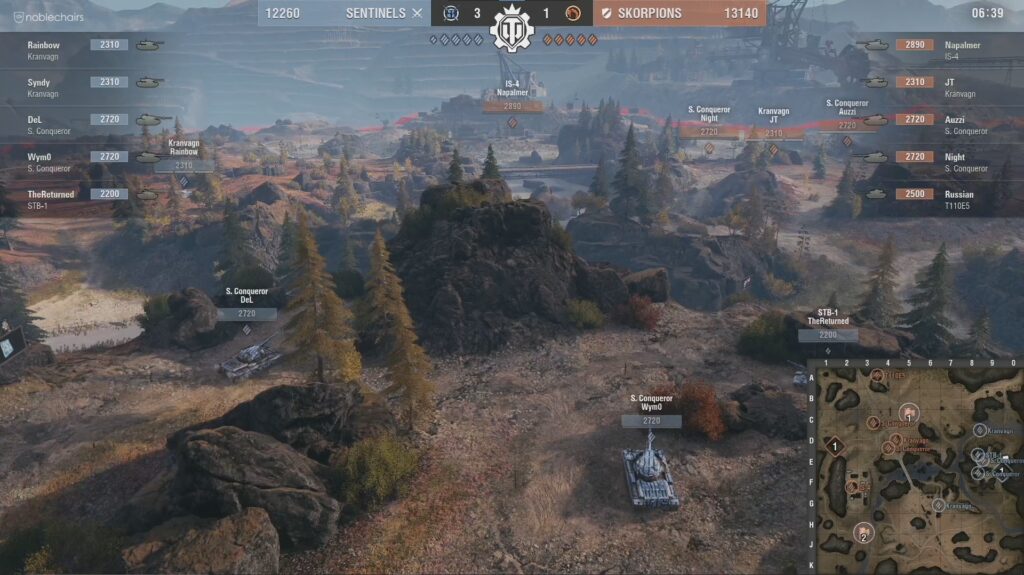 Moving to Tundra the Skorpions set up for a 1 flag defence. The Sentinels looked for the vision and discovered this so they rotated toward the 2 flag. They were able to cross without being spotted and the Sentinels put two tanks on the cap. It drew out the Skorpions and the removed the cap pressure to start a brawl. With the HP slightly favouring the Skorpions but equal tanks the Sentinels were looking for a way in. They caught JT in a crossfire to remove him. Auzzie went down leaving Napalmer in a 3v1. He snapped a shot to remove one tank but the Sentinels still had two tanks left. The Sentinels found the angle, took the win and the championship.

Congratulations to the North Sydney Sentinels on becoming the Season 4 champions and their third ANZPL title! 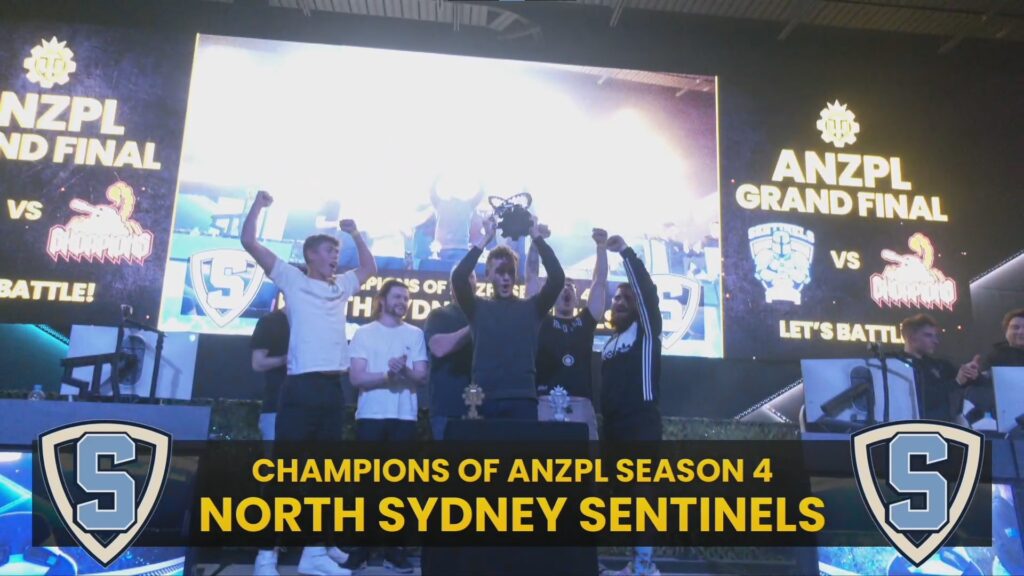