World Of Tanks ANZPL Season 4 Playoffs Week 2: The Stage Is Set, The Players Are Ready

World Of Tanks ANZPL Season 4 Playoffs Week 2 is over and the Consolidation Final has decided who will take on the North Sydney Sentinels for a chance at glory. Catch up on all the action now!

The Skorpions were looking to bounce back after their loss to the Sentinels in week 1 of the playoffs while the Panthers were searching for their second Grand Final appearance in as many seasons. Both teams have formidable line-ups and it would be a close call as to who could get the win. 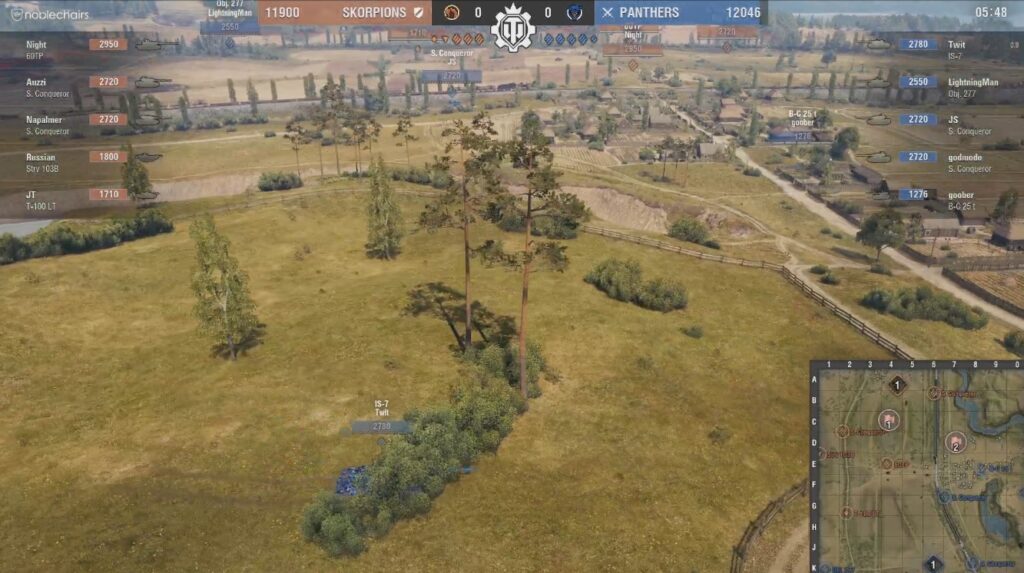 The Consolidation Final opened on Prokhorvka with Panthers on attack of their map choice and they started quickly, blind firing to find the Skorpions’ Russian in the Strv 103B tank destroyer. However the Skorpions were looking to playing very aggressively with three of their tanks south of F2. The Panthers’ LightningMan got spotted out on his own at K1. He tried to remove the Skorpions’ JT in the scouting T-100 LT but was eliminated while JT remained on 174 health. The rest of the Panthers were on the eastern side of the train line and were seeking to isolate Skorpions’ Auzzi in the north but were unable to find a way over the train line. Shots from the Skorpions took out another Panthers’ tank making a hard situation even harder. The Skorpions walk away with the opening victory of the Consolidation Final.

Moving to defence on the return leg, above all else the Panthers needed a win on their map pick. The Skorpions took mid control while LightningMan scouted the 2 line before being spotting out JT. Realising their was an enemy tank around E1, he cautiously prodded before deciding that moving forward was too much of a risk. With some knowledge the Skorpions positioned for a 2 flag push by moving over the train line. They ran into the Panthers’ defence and lost Night before striking back against Panthers’ Twit. The Panthers managed to isolate and remove Skorpions’ Napalmer and take a 4v2 tank advantage. After that they were able to mop up the remaining Skorpions and take the win to equalise the Consolidation Final series 1-1. 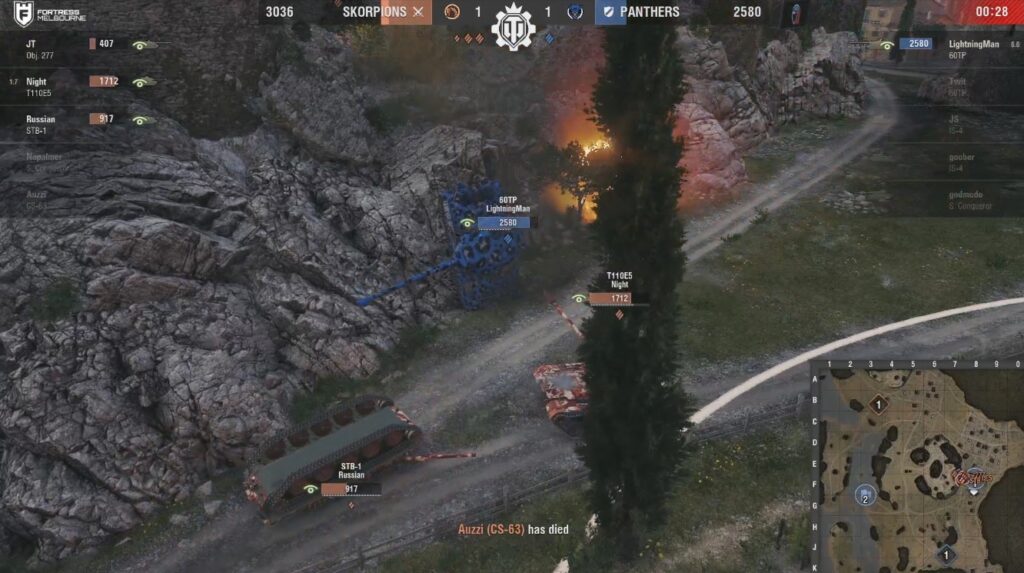 Setting up for a 1 flag defence, the Panthers placed two 60TPs under the hill and Goober in his IS-4 at K4. JT was able to scout the 1 flag defence before rotating toward the 2 flag but Goober prevented the cap from starting. JT continued to the island as Auzzi pushed onto Goober, while JT continued his rotation to help his teammate. Their work eliminated Goober, opening up a chance for a 2 flag cap. The Panthers pushed around the base of the hill but bled a lot of HP which allowed the Skorpions an opportunity. In the end a lone LightningMan tried to run but got stuck. The Skorpions did the best to throw the game. Russian ended up on his roof and Auzzi took enough fall damage to die. In the end Night was able to flip Russian back over and eliminate LightningMan to go up 2-1.

Now on the attack, the Panthers took mid control early as the Skorpions spread their defence out. The Panthers rotated a long way north trying to find a way in while bleeding a lot of damage while the Skorpions just sat back, knowing that the Panthers had to come to them. LightningMan and Twit made a play south and created a 2v3 battle but JT came to the rescue. The Skorpions lost the first tank but quickly got one back. A 3v3 ensued but the Skorpions had taken the hill and the advantage. The Skorpions take the win and are one step away from a grand final appearance. 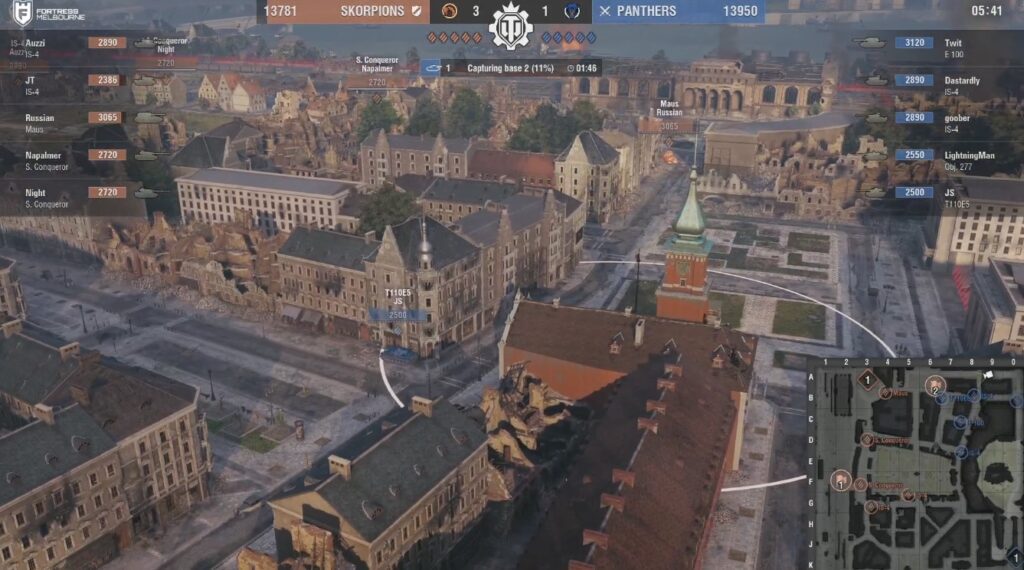 The long-awaited Sydney derby grand final is now a reality. Tune in to https://twitch.tv/worldoftanksanz from 7:30pm AEST Saturday 25th June for the ANZPL Grand Final live from Fortress Melbourne! Tickets are available now to attend in person.