The ANZPL Season 5 Grand Final. The big dance. Everything in Season 5 has been leading to this moment. The Skorpions finished on top of the ladder. But it was the Sentinels who seemed to have the edge over their cross-town rivals. Who would become the Season 5 champions? 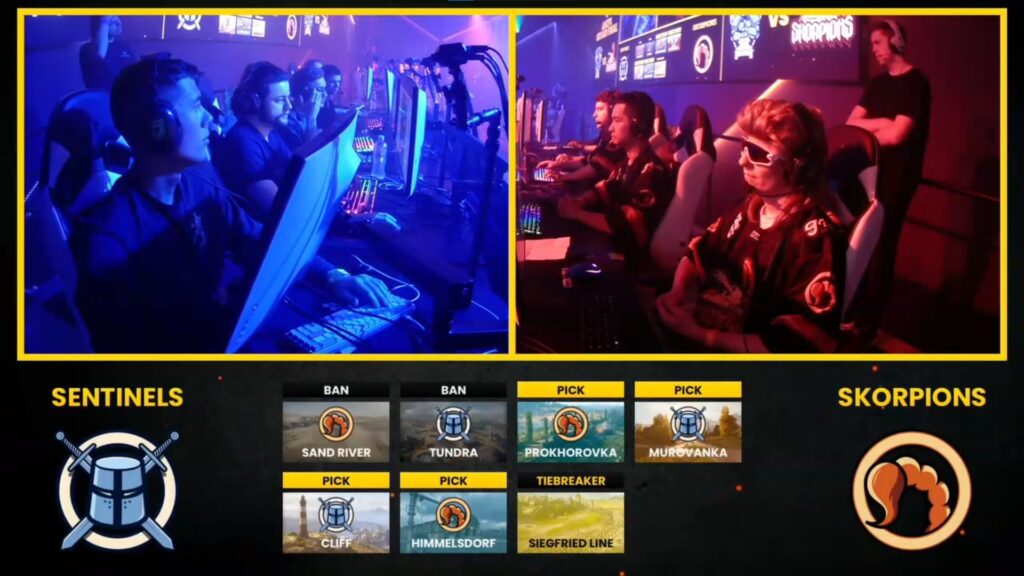 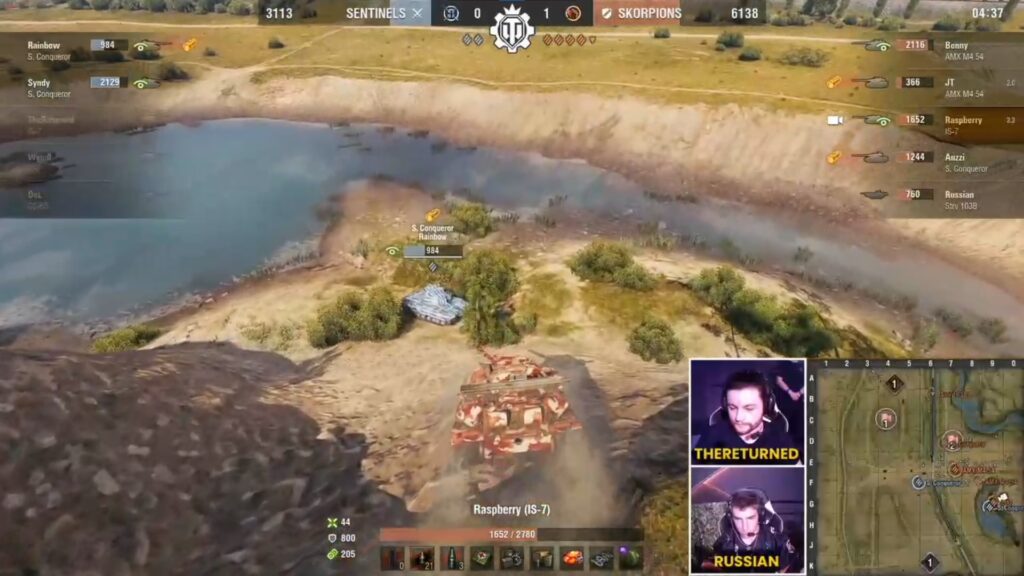 Moving to attack on the return leg, the Sentinels’ sent Del in his CS-63 scouting the train line. The Sentinels looked to get a lot of eastern map control but Del took a lot of damage. Making the call the cross the train line, the Skorpions isolated Rainbow. He got away but they moved onto Del and removed him. Wym0 lost his 1v2 battle giving the Skorpions more of a tank advantage. Raspberry dove off a cliff to remove Rainbow leaving Syndy on his own. It didn’t take long for the Skorpions to take him out and go up 2-0 on their map pick. 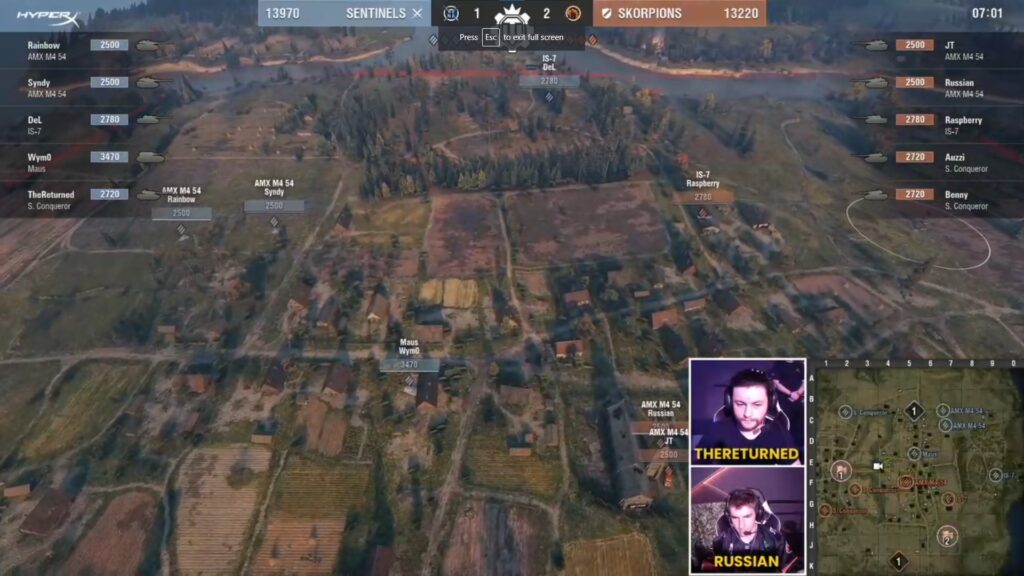 Already two games behind, the Sentinels started Murovanka on defence. They moved to the east rather than the standard western strategy. Spotting Wym0 in the Maus the Skorpions moved to the centre of the map. He went down but the Sentinels quickly struck back by removing Raspberry. Kills were traded as a 3v3 eventuated. The Sentinels made the most of their focus fire and took the win.

Moving to attack, the Sentinels spread a tank to the far east and west with three looking mid. The Skorpions had a spread of their own going as they held the F line. Both teams were looking for information. Eventually the Sentinels put two tanks on the 1 flag. Russian from the Skorpions took a lot of damage, as did Raspberry. The Sentinels were in control as the Skorpions fell. They took the win to level the series 2-2. 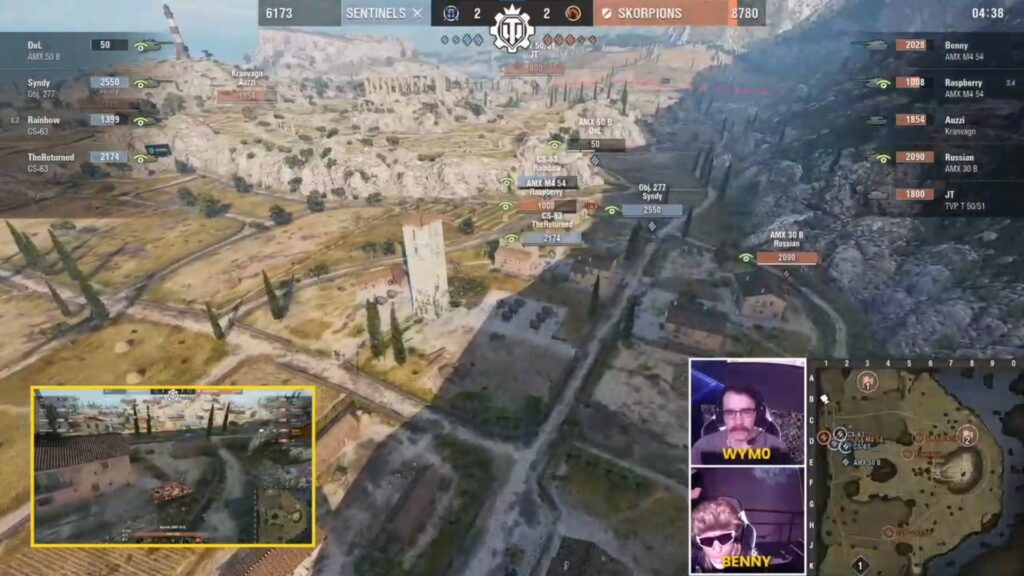 Moving to defence the Sentinels drove the 2 line to the donut. Auzzie was scouting there and found himself in trouble. He tried to escape down the hill and was removed from the game. JT quickly followed him as he was farmed on the hill. With a 5v3 match up, the Sentinels were firmly in control. Being on the defence time was in their favour. They settled into defensive positions and waited for the Skorpions to come to them. The Skorpions’ fell as the Sentinels levelled the series again. 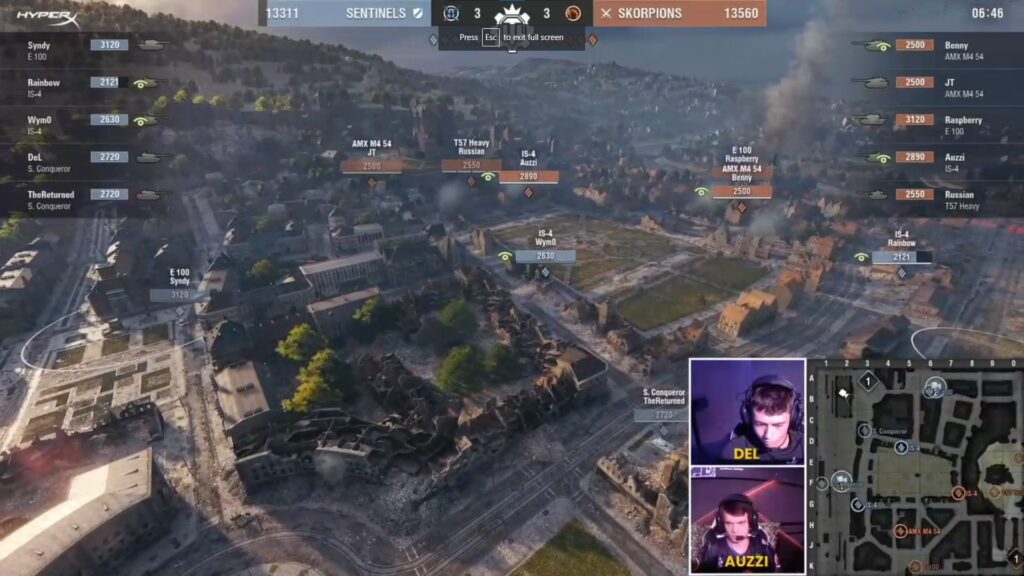 The Skorpions found early shots onto Rainbow in the start of their attacking game. They looked to the south seeking information. The Sentinels settled around the 1 flag with a single tank watching the 2 flag. Having spotted the tanks around the 1 flag, the Skorpions tried to lure the Sentinels into an ambush. They didn’t bite, instead rotating to the 2 flag. Damage was traded by both teams but with the clock ticking down the pressure was on the Skorpions. A brawl ensured but the Sentinels had the cross fires set up. JT went down first as Benny was traded for Del. As the dust settled the Sentinels emerged with the win.

The Skorpions put in an amazing showing. Finishing first in the regular season and making the Grand Final the long way around, they are a class team and kept fighting until the end.

Congratulations to the Sentinels on the ANZPL Season 5 crown and their fourth title! 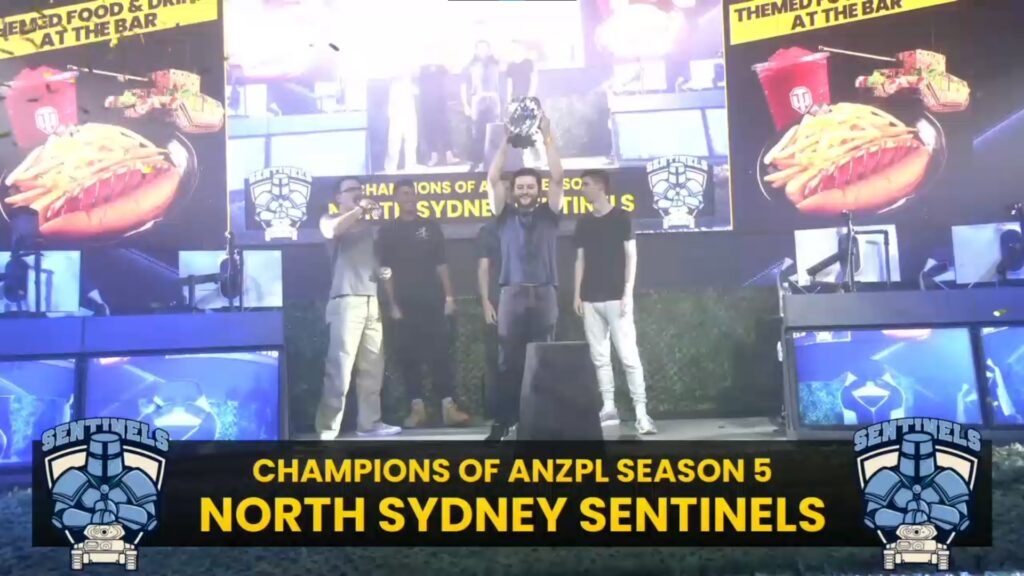