World of Tanks ANZPL Season 5 Playoffs Week 1 went down last Friday. What happened in this best of seven playoffs round? Read ahead for the results!

The Comets were the surprise package of the year. Coming up from the ANZBL for Season 5 they brought some excitement to the league. In their way were the Action X, who had beaten them 4-0 the previous week. Would history repeat with an Action X win? Or would the Comets rise above? 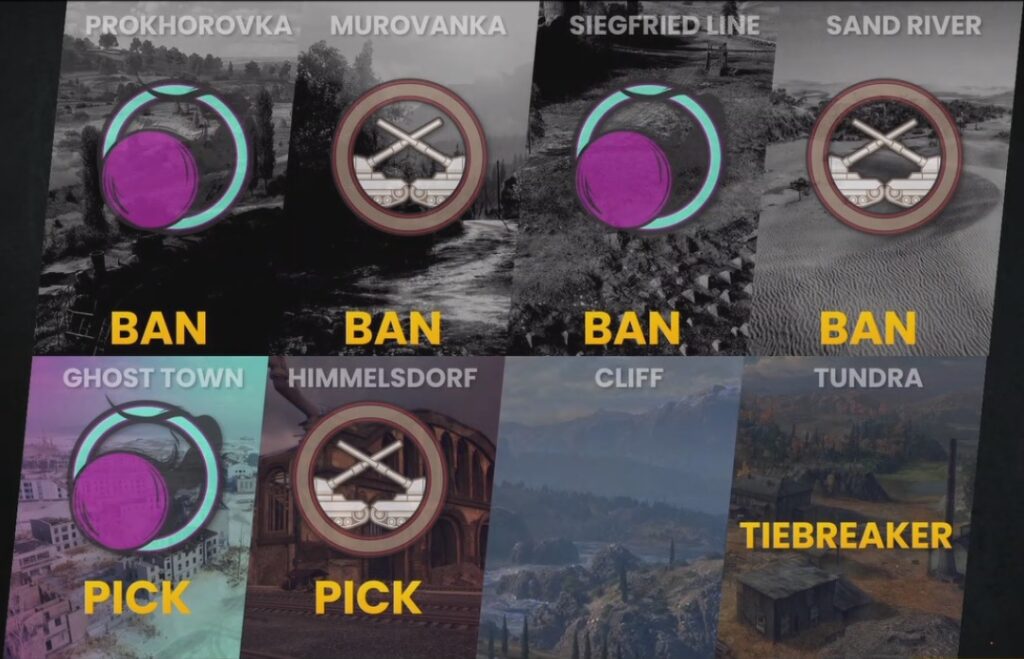 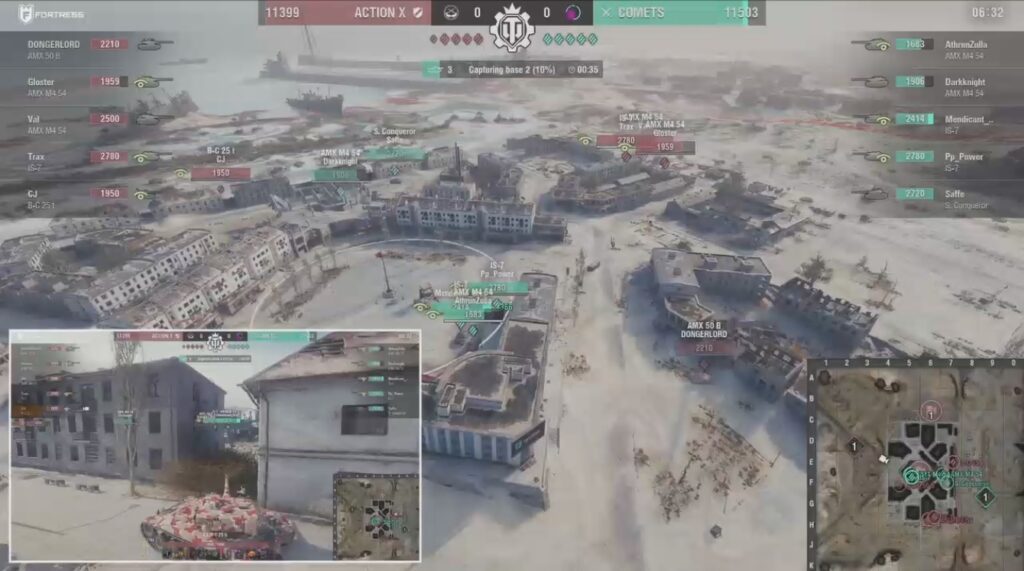 The Comets started on attack of their map pick. They drove three tanks onto the 2 flag very quickly. CJ from the Action X got the reset shot in just in time. The Comets were able to remove him but Action X responded by removing Saffe. Action X found another pick in a different battle giving them the 4v3 tank advantage. The dominos started to fall as Action X took the opening win.

Moving to attack, Action X moved a little slower than the Comets did in the previous match. They kept to the south of the town as the Comets scouted the 1 line. CJ spotted them and moved to G1. Saffe and PP-Power from the Comets were able to halve CJ’s health, potentially limiting his impact for the rest of the game. Action X moved 3 tanks onto the cap. That forced a response from the Comets as they searched for a reset shot. Action X were able to isolate Mendicant_Bias and remove him. The Comets responded by removing Val. Great focus fire from Action X saw them go up 2-0 on their opponent’s map pick. 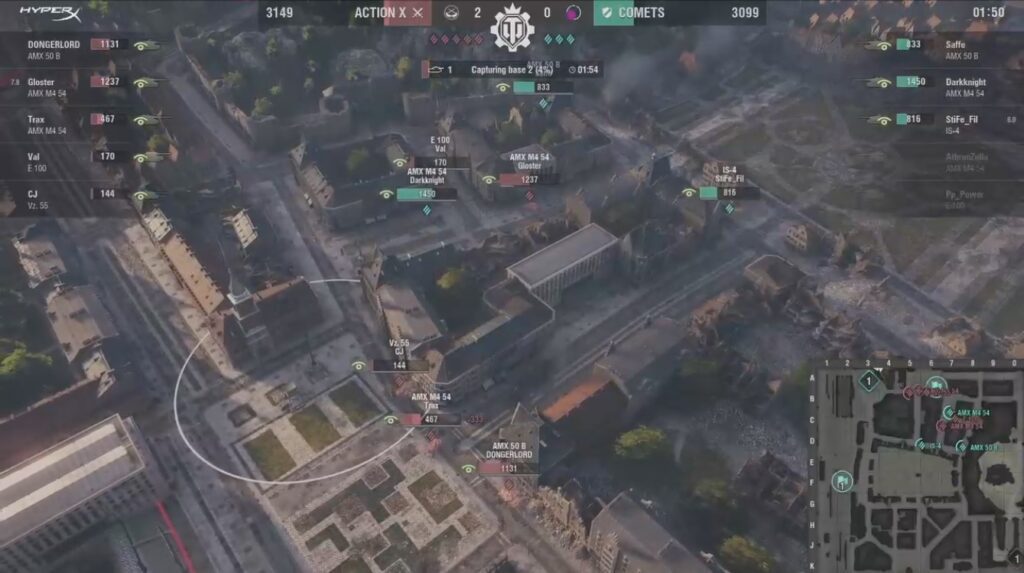 Action X were looking to end this quickly as the game moved to their map pick. Starting on attack they sent two tanks up the hill looking for information with the rest of the squad in the south. The Comets committed heavily to a 1 flag defence with only one tank on overwatch of the 2 flag. Action X rotated to the north and started the 2 cap on the 2 flag. The Comets responded with their own rotation. Action X added another tank to the cap and the last second reset came in. AthrunZulla from the Comets was the first to go down in the resulting brawl quickly followed by PP_Power. The Comets responded by removing two Action X tanks. A 2v2 resulted as Action X started applying the cap pressure again. They removed one of the Comets’ tanks and took the cap win.

The Comets were desperately searching for a win to keep their season alive. They looked to push the banana along the 8 line on their attack. Action X were waiting in a 2 flag defence as all of the Comets were spotted on approach. Darkknight from the Comets looked to dump onto a lone tank but was farmed by two Action X tanks lying in wait. He went down as Action X pushed onto the Comets. Dongerlord from the Action X was traded for the Comets’ AVP before the Comets brought it back to a 3v3. Action X found their picks and picked up the win.

A rematch of the Season 4 Grand Final, this was the battle that would decide who would go straight into the Season 5 Grand Final. Would the Skorpions show why they finished first? Or would the Sentinels bring a performance to prove why they’re three-time champions? 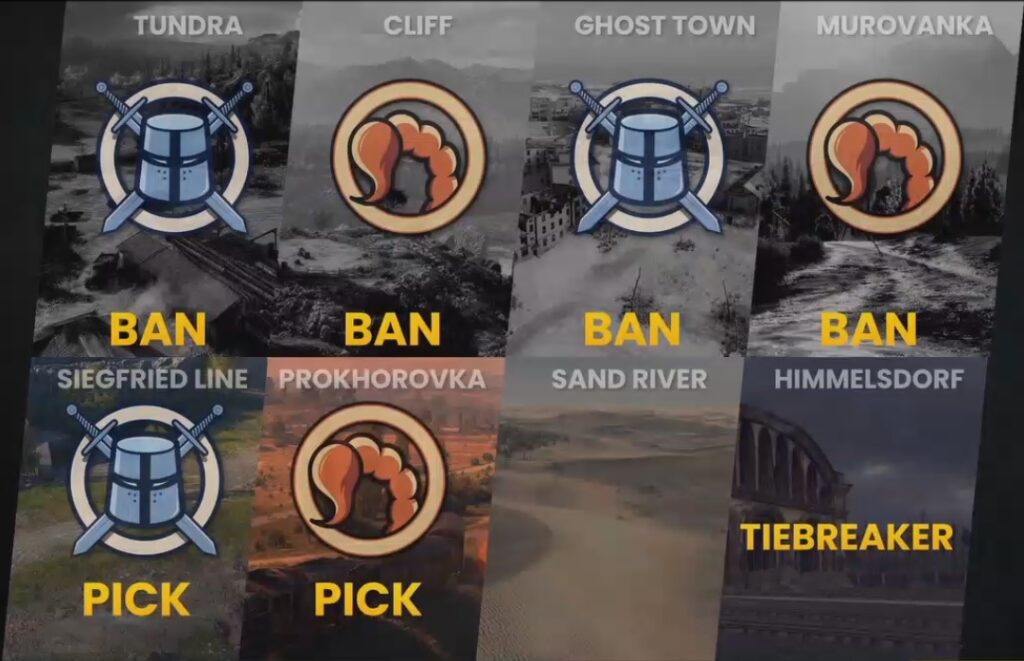 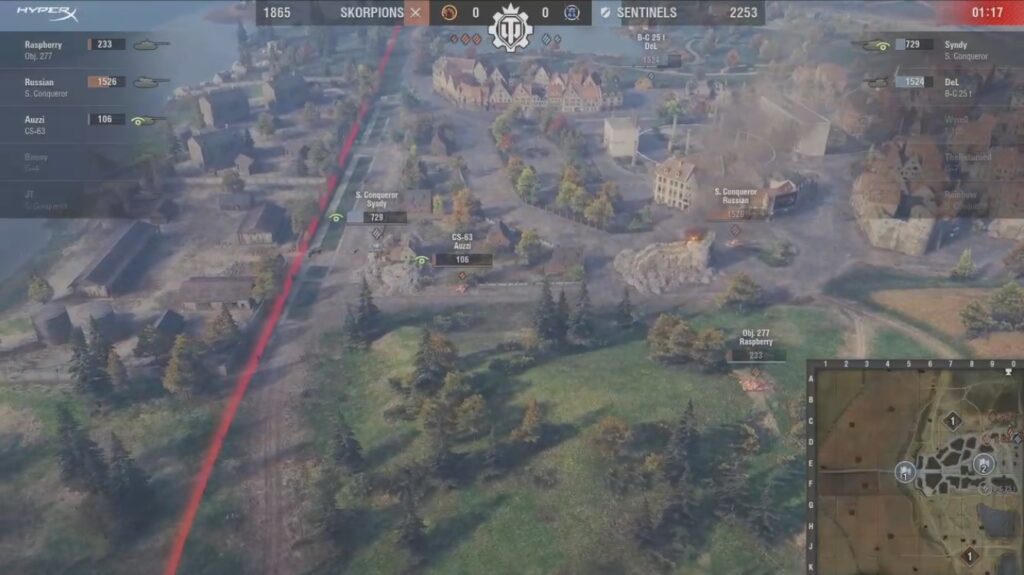 The Sentinels attacking game opened very similarly to the Skorpions’ attack. Instead of sending one tank north they sent two and put two on the cap. The Skorpions found good early damage onto the Sentinels and dumped three tanks onto the two Sentinels on the cap that resulted in a two-for-one trade. Raspberry did a great job holding of two Sentinels in the north west to negate their impact long enough for his teammates to take them out. With the net closing around the last remaining opponent, the Skorpions took the win and levelled the series. 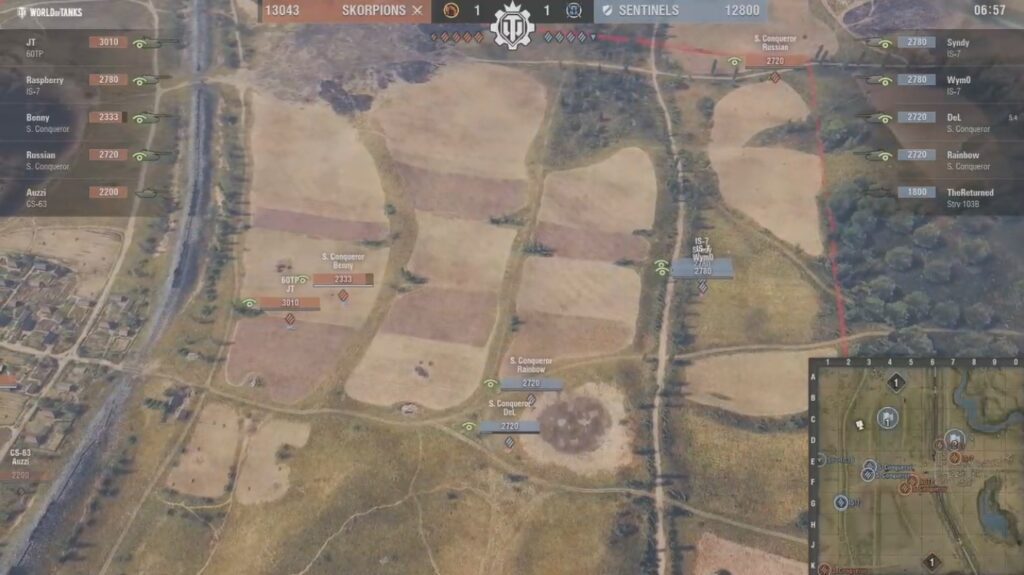 The action moved to the Skorpions map pick as they pushed in for the attack. Both teams met along the ridge at the E line. The Sentinels found an initial overmatch against Russian that resulted in a one-for-one trade. While that was happening the Skorpions used their numbers to win a 4v3 match up. When the dust settled the match was even at a 2v2. TheReturned went down leaving only Wym0 in a 2v1. Wym0 retreated to J3 and dug in. He found a killed against Auzzie as he waited for Raspberry to come to him. Being on the attack the pressure was on Raspberry. They traded shots but it was Wym0 that clutched it out and took the win.

The return leg saw the Skorpions moved to defence. They moved to the ridge at the E line and found a two-for-one trade. Moving on they isolated TheReturned and removed him. Del tried to cross to the west to group with Wym0 but was farmed heavily. He continued to the north as the Skorpions removed Wym0. With only Del left the Skorpions closed the net and levelled the series again. 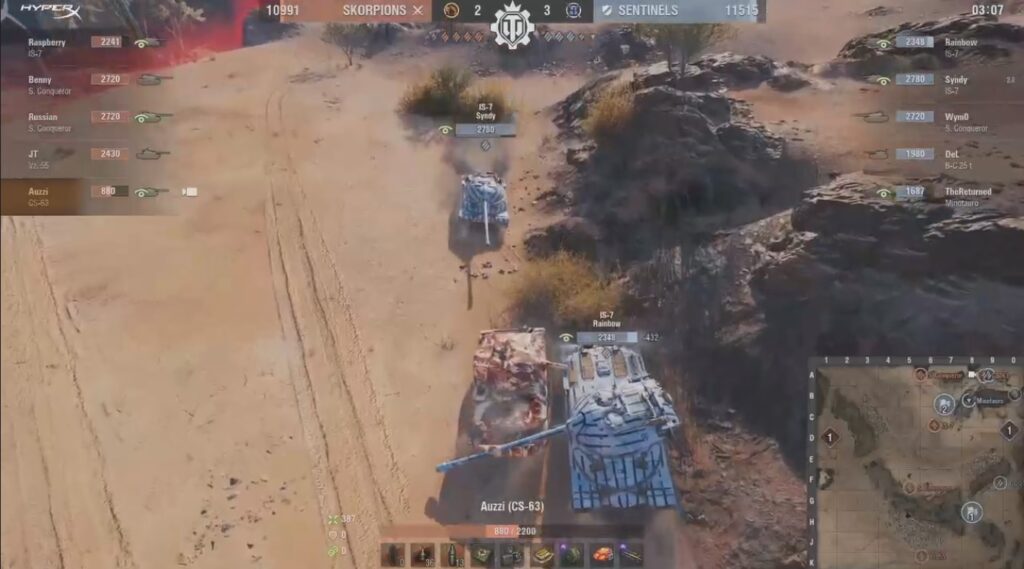 Both teams were evenly matched as they headed to Sand River. The Sentinels spread their attack, sending three to the north and keep two in the southwest. On the defence the Skorpions sent Auzzie and Raspberry very deep south. That push gave the Skorpions a lot of map control. A 2v2 stalemate happened at F1 as the Sentinels started the 2 flag cap. Syndy and Rainbow ended the stalemate and forced the Skorpions there to retreat. Auzzie went down as another 2v2 broke out at C7. Wym0 was traded for Russian but the scales were starting to tip towards the Sentinels. They had bled the Skorpions and had the HP advantage as they took the win.

The Sentinels were now one game away from a fourth grand final appearance. They spread their defence wide and sent two tanks along the K line. The Skorpions slowly poked and prodded, looking for a way in with the Sentinels happy to sit back and let their opponents come to them. When Auzzie drove into two Sentinels tanks at A9 the pressure was on the Skorpions. They started the 1 flag cap and Del was deleted. TheReturned found the reset shots and forced JT off the cap. The Skorpions rotated to the east but time was against them. Russian went down, followed by Raspberry as the timer ticked down to give the Sentinels the win.

The Sentinels defeat the Skorpions 4-2.

With the series going for longer it’s not surprise to see the Fantasy Team Of The Week dominated by the Skorpions and Sentinels. Raspberry (378.4) and Russian (369.2) from the Skorpions topped the team followed by Rainbow (342.3) and TheReturned (341.7) from the Sentinels. The team was rounded out by Gloster (289.0) from the Action X.

Wymo (316.3) from the Sentinels, Dongerlord (314.2) from the Action X and JT (306.8) and Auzzie (296.0) from the Skorpions scores more fantasy points that members of the Team Of The Week but due to selection limitations did not make the final cut.

With their win the Sentinels get some time off as they head into the Grand Final. Tickets are available for the Grand Final on the 26th November live at Fortress Melbourne. Their opponents will be decided on Friday 11th November in the Consolidation Final between the Skorpions and Action X at 8pm AEDT. After that we’ll see the Hellcats take on the winner of tonight’s ANZBL Consolidation Final between the Fireflies and the Badgers.