World Of Tanks ANZPL Season 5 Round 3: It’s Tight At The Top

World of Tanks ANZPL Season 5 Round 3 brought the tough competition. With a four-way tie for 1st the league is only going to get more exciting! 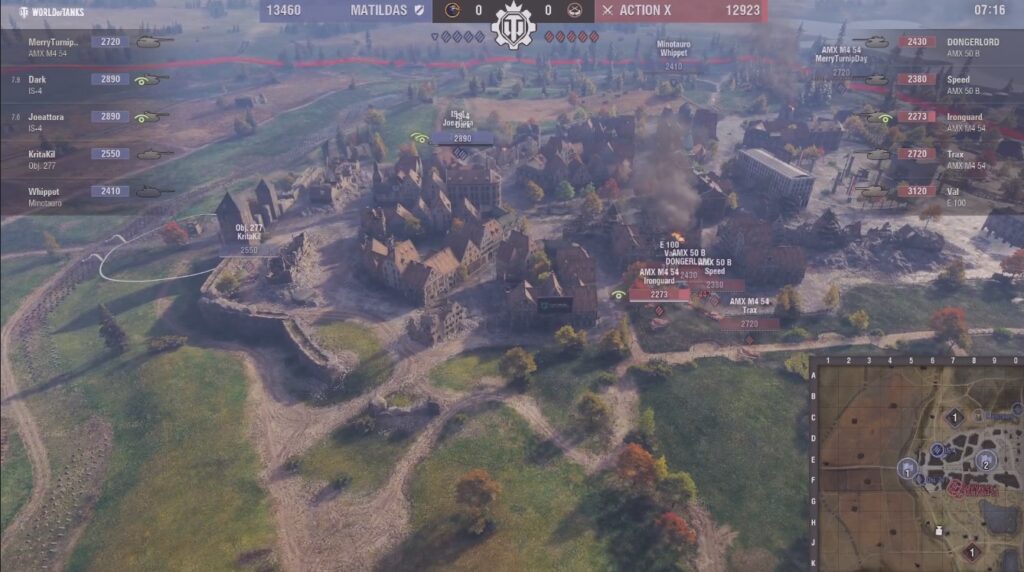 Action X have shown they can match it with the best in their victory over the Sentinels last week. At the other end the Matildas are searching for their first win with a tie-breaker loss and an outright loss to their name. A win for the Matildas would mean keeping in touch with the top four. For Action X it means a chance to stay near the top.

The Matildas return to Siegfried Line on defence for their map pick in the first game of the night. They sent Kritakil to F5 to spot for any pushes to the 1 flag with Dark and Joeattora set to put shots into tanks crossing the southern part of town. Action X obliged with Ironguard taking two shots before they pulling back to reassess. The Matildas sought to dump onto Action X’s Val but Matildas’ Dark went down first, followed by KritaKil. They hit back to make it a 3v3 but the HP was well in Action X’s favour. A 1-for-1 exchange saw two Action X tanks chase down Joeattora. Action X started the 2 flag capture to draw in MerryTurnipDay. He managed to get the reset but that told Action X where he was and gave Action X the win.

The Matildas went full send mode to the 2 flag on their attack. Dark took some damage but they got three tanks on the cap as Action X quickly took positions to get the reset shots. As the shots came in the Matildas tried to dump onto Action X’s Trax. Trax was able to escape with half his health. After spotting a rotation from Matilda’s Whippet, Action X isolated and removed Joeattora. The Matildas hit back with a 2-for-1 trade to bring it back to a 3v3. Action X were able to win the fight and go up 2-0 on their opponent’s map choice.

The Matildas started their defence of Ghost Town by setting up to the south of the 2 flag in the middle of the town. They pushed en masse towards the Action X and took a 2-for-1 trade in the resulting brawl. With only Dongerlord in his B-C 25t left, the Action X were in a lot of trouble. It didn’t take long for the four Matildas’ tanks to find him and secure the match.

Looking to send this game to a tie breaker the Matildas pushed hard for the two flag with Action X waiting toward the north of the time. With a good setup for a flag cap the Matildas moved off the cap and immediately lost Joeattora. They restarted the cap but with a lot of bleed damage and one less tank Action X had the advantage. After Dark drove into a pack of Action X tanks things just got harder for the Matildas. The game slowed after that but the end was inevitable with Action X. 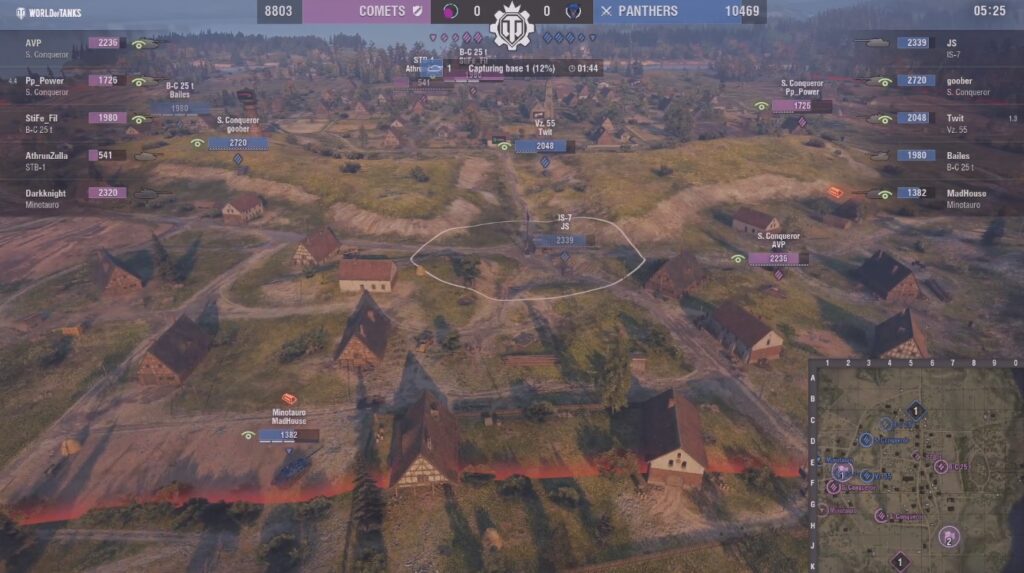 It was going to a be a tough match for the Comets coming up against Season 4 3rd placed team the Panthers. Inventive tactics would be their friend against a tough Panthers lineup.

The Comets started Murovanka map pick with a fairly conservative defence. They stuck mainly to the southwest. The Panthers set their attack aggressively by sending three tanks to the 1 flag, with Bailes in the B-C 25 to the town at E7 and MadHouse in the Minotauro at D1 providing support. Two Comets tanks startd a rotation to the twon but Bails got away unspotted. The Comets eventually got the reset but it costs AthrunZulla a lot of HP. Eventually the Comets dumped onto the 2 flag at the expense of AVP and the Panthers started the cap again. The Panthers great attacking setup prevented the Comets from taking any initiative and allows them to go one up on their opponent’s map pick.

Switching to the Panthers’ map pick, the Comets committed heavily to a 2 flag defence. MadHouse and Twit met the Comets’ PP_Power on the hill along the 0 line and removed him from the game. The Comets were now restricted to the northeast quadrant of Prokhorovka. They struck back by removing Bailes but with the HP bleed on other tanks it still wasn’t looking good for the Comets. MadHouse jumped on the 1 flag to force the Comets to come to them. When all the Comets had been spotted he moved off the cap to support his team. The match came down to a 3v3 as Twit found himself in a 2v1. Goober from the Panthers gave some supporting fire as the Comets were bled down. They did manage to bring it to a 1v1 but Comets had time on their side as they took the win.

The Comets were looking to force this game to a tie breaker as they moved to attack. They quickly put a tank onto the 1 flag and started the cap with the Panthers on the opposite side of the train. Twit and PP_Power swapped shots as the reset came in. The Comets tried to isolate Twit but PP_Power went down first. With a 1-for-1 trade, the Panthers’ HP advantage and the time meant the pressure was on the Comets. When Mendicant_Bias and AthrunZulla went down the Panthers closed in for the kill and took the win.

The Panthers defeat the Comets 3-1. 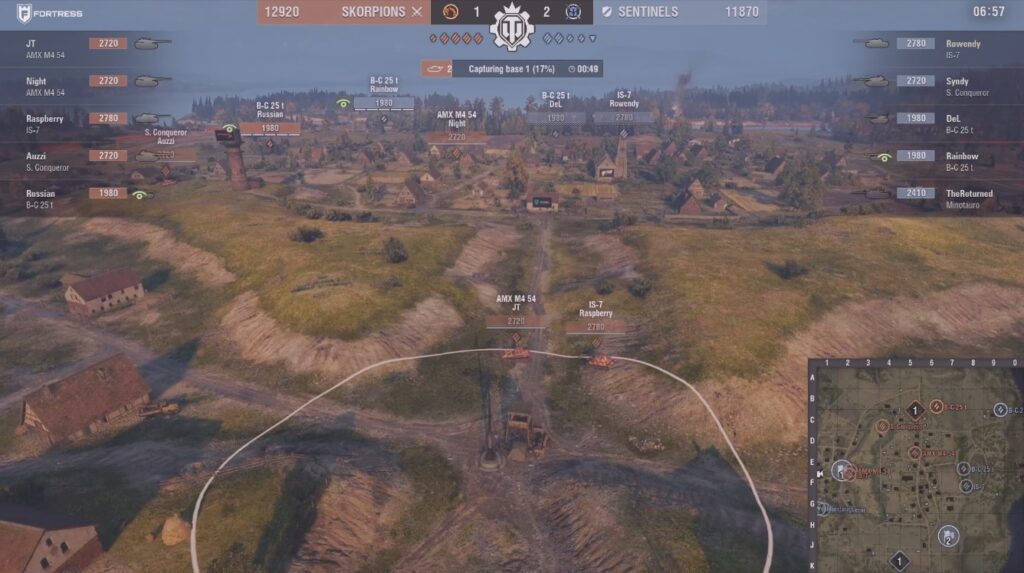 A rematch of last season’s grand final, the Sydney Derby always delivered quality matches. Would it be the Skorpions that take the win or would the Skorpions emerge victorious?

The Sentinels were very aggressive on their defence. They pushed to D8 and caught the Skorpions’ JT with a couple of shots. The Skorpions answered back with damage onto Rainbow which made it a fairly even trade. Auzzie from the Skorpions made an unorthodox crossing of the courtyard as he and two other Skorpions tried to remove Del, but support from two of his Sentinels’ teammates saw the battle tip in the favour of the champions. Raspberry was the first of the dominos to fall as the Sentinels went up 2-0 on their opponent’s map pick.

The Sentinels defeat the Skorpions 3-1.

Action X’s Dongerlord (423.9) farmed up a storm against the Matildas while the Matildas’ own KritaKil (236.0) scored well too. The Sentinels’ Rainbow (326.1) showed why they’re still the team to beat in ANZPL and Twit (343.5) and Bailes (272.0) from the Panthers displayed their dominance in their Round 3 match.

Whippet (242.4) from the Matildas and MadHouse (237.0) from the Panthers both score more fantasy points than other players but did not make the fantasy team of the week due to player and star limits. 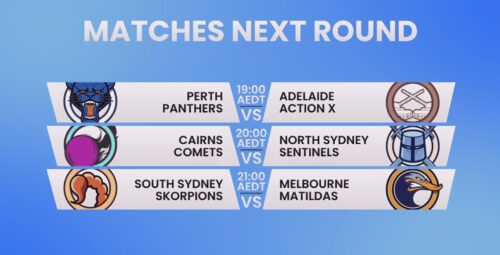 With four teams tied for 1st everyone is looking to get that edge. In what’s sure to be the game of the week the Panthers take on the Action X. The reigning champions the Sentinels face off against new kids on the block the Comets. The last game of the night has the Skorpions taking on the Matildas.