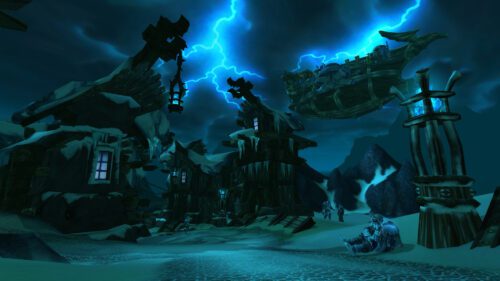 THE official launch of Wrath of the Lich King Classic isn’t for another month and a bit, but a plethora of pre-patch content is coming later this month. Pre-patch for Wrath Classic begins on August 31, where players can make their first Classic Death Knight (restriction free), and much more.

The Wrath Classic pre-patch will let players create a Death Knight character without the need for a level 55 character on the same realm. Pre-patch also introduces the Inscription Profession to Classic, as well as character reworks/balancing, the achievements system and landscape updates to Stormwind and Orgimmar.

Events have also be scheduled between pre-patch and the official launch, and beyond. Beginning with two different events on separate occasions during the month of September.

The Zombie Plague event is a week long event beginning on September 7, which will affect all capital cities. Players beware. Scourge Invasion starts immediately after Zombie Plague, running through until the launch of Wrath Classic on September 27. This will take place in locations around Azeroth, where Necropolis and Scourge forces will attack. Taking part in Scourge Invasion will reward players with powerful rewards.

Pre-patch also marks the beginning of Brewfest. From September 21 through until October 6, players can take part in several activities to score themselves Brewfest souvenirs and achievements.

Wrath of the Lich King Classic will officially be launching at 8AM AEST on September 27.