For the low price of $79.95 per year, Xbox Live Gold membership gives you $1000 in free games, including backward compatible Xbox 360 games for the Xbox One. That is amazing value considering the calibre of some of the games that become available. This month we have a MOBA, a 2.5d side-scroller and a great Lego game that is sure to bring the laughs. Once you add them to your collection, these games are yours to keep for the entire length of your Xbox Live Gold Subscription.

SMITE Battleground of the Gods – Gold Bundle – Normally $139.95
Available free from 16 June to 15 July
Originally released on 19/08/2015 from Hi-Rez Studios
SMITE is the online battleground of the gods. Players choose from a diverse cast of deities and use their unique powers to triumph over the opposition in 5v5 team matches. SMITE is a new take on the MOBA genre; rather than observing from above the action, the game’s third person perspective puts players into the thick of combat. The Gold Bundle includes 20 Gods, along with over 50 skins, voice packs, and more.

Assassin’s Creed Chronicles: Russia – Normally $13.45
Available free from 01 June to 30 June
Originally released on 09/02/2016 from Climax Studios and published by Ubisoft
Experience the thrill of being a master Assassin in 2.5D. Sneak and hide to avoid detection and fool enemies using whistles and disguises.

Lego Indiana Jones 2 – Normally $29.95
Available free from 16 June to 30 June
Originally released on 02/10/2012 from Traveller’s Tales and published by Disney Interactive Studios
In LEGO® Indiana Jones™ 2: The Adventure Continues, play all-new levels from The Original Adventures and your favourite new moments from The Kingdom of the Crystal Skull… Or for the first time, create your own levels, for a true one-of-a-kind experience! New levels, vehicles and modes like 2-player split-screen, will let you build and battle your way out of trouble like never before! 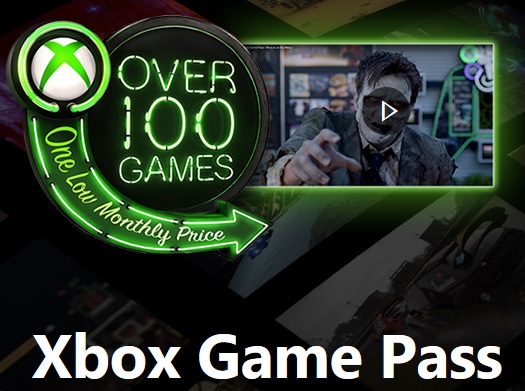 In addition to Games for Gold, there is also the Xbox Game Pass which is an Xbox One, Xbox Play Anywhere and Xbox 360 backwards compatibility game subscription. Get unlimited access to over 100 Xbox games for one low monthly price of $10.95. Play new games like Sea of Thieves and State of Decay 2, as well as Forza Horizon 4 and Crackdown 3 the day they’re released! You download the games to your Xbox or PC via Play Anywhere and you can play them for the duration of your Xbox Game Pass subscription. You don’t actually own these games, so if you like a particular game and want to own it, you can buy it and save up to 20%, plus get 10% off related game add-ons and consumables.

It’s bloody good value to have access to games like Forza Horizon 3, Halo 5 Guardians, Gears of War 4, Sunset Overdrive, and so many more, all for $10.95 per month, and you can cancel at any time. There is a 14-day trial where you can have access to these games for free for the first 14 days, so there’s no better time to get into Xbox games than right now.