NEW premium content for Super Smash Bros. Ultimate takes us to another world introducing fighters to a new franchise. Popular JRPG Xenoblade Chronicles 2 makes its Super Smash Bros. debut in Challenger Pack 9 which is available today. Multiple additions from various franchises have also been made to Ultimate’s roster today including Min Min from ARMS, Steve & Alex from Minecraft and Sephiroth from Finaly Fantasy VII. Cosmetic items will also be made available, including Arthur’s Armor and Helm from the Ghosts ‘n Goblins series, the Rathalos Armor and Helm and the Hunter Armor and Helm from the Monster Hunter series.

But It’s the new fighter, or should we say “fighters”, that headline the new pack made available with the Super Smash Bros. Ultimate Pass Vol. 2. Pyra/Mythra, the dual personality blade used in the Xenoblade Chronicles 2, is entering the arena in both forms. During a half hour video breakdown about the fighting duo, we learn Pyra is shown to specialize in power while Mythra’s is speed. Used correctly, Pyra/Mythra can become a very dangerous opponent. 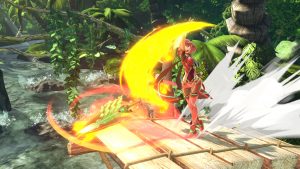 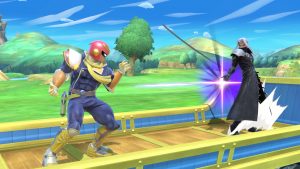 However, the Xenoblade Chronicles 2 references don’t stop there as familiar setting from the game also makes an appearance. Cloud Sea of Alrest is the newest stage in Super Smash Bros. Ultimate and not only features familiar sites from Xenoblade Chronicles 2 but also many lovable characters. Up to 19 songs from the game will also be made available in Challenger Pack 9.